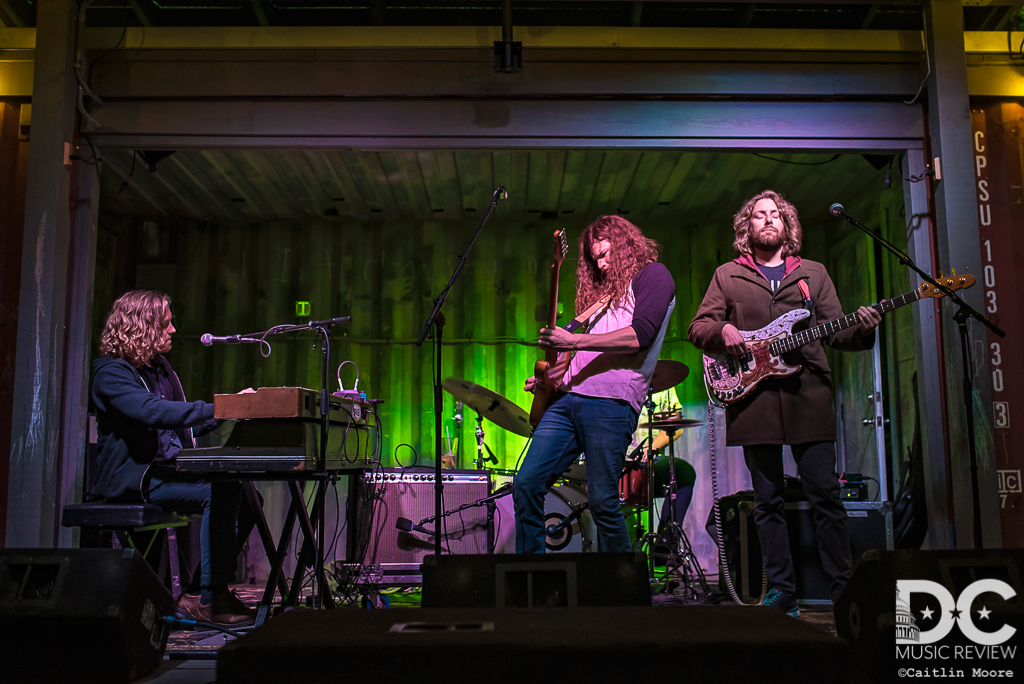 DC Music Review was on hand to see The Trongone Band at Home Team BBQ in Charleston, SC on Friday, November 10. The explosive rock quartet from Richmond, VA treated the crowd to two sets of organic rock and roll in an outdoor setting as a part of the Larceny Concert Series.

Brothers Johnny Trongone (drums) and Andrew Trongone (guitar, vocals), along with Ben ‘Wolf’ White (keys, vocals) and Todd Herrington (bass), were in a groove early as the band was nearing the end of their extensive fall tour. The band’s sound was polished yet raw and was delivered with a force that was impressive. Touring in support of their recently-released, debut album, Keys to the House, The Trongone Band unleashed two sets filled with original material as well as a few choice covers to the delight of the crowd. The band delivered an inspired tribute to the late Tom Petty with their interpretation of “You Dont Know How it Feels”, and performed other rockers including “Money for Nothing” (Dire Straits) and “Got to Get Better in a Little While” (Eric Clapton).

Make sure to catch The Trongone Band in Roanoke, Virginia at Martin’s Downtown on Saturday, November 25. The band plays a “Home for the Holidays” show at The Broadberry on December 22 and returns to Gypsy Sally’s in Washington, DC the following night. Fans in South Carolina will be treated to another show on December 29 at The Windjammer.

6. You Don't Know How it Feels

3. Money For Nothing (Dire Straights cover)

6. Got To Get Better (Eric Clapton cover)