Tyler Childers Turning Them Songs into 2x4s at The Anthem 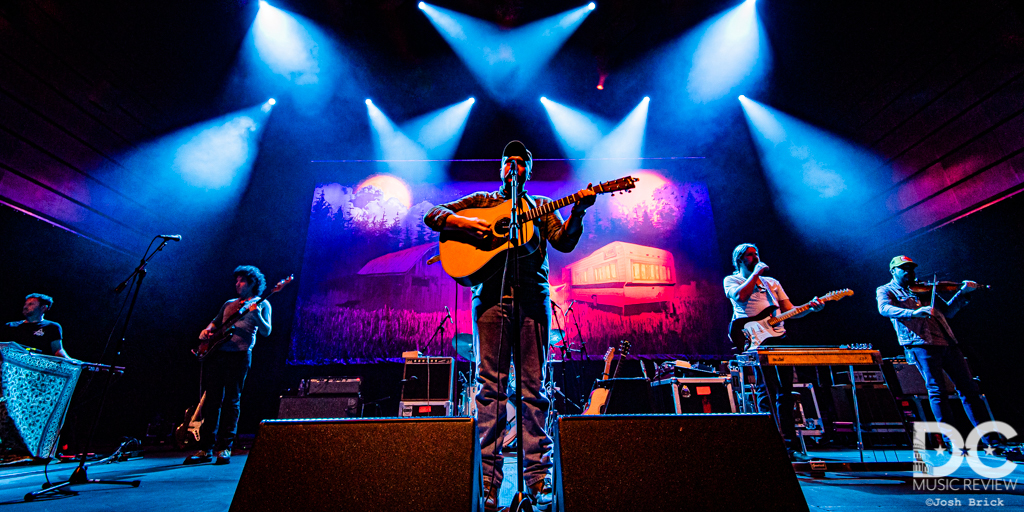 Selling out months prior, the highly anticipated appearance of Kentucky gentleman Tyler Childers finally came through town Friday the 13th at The Anthem.  Charming from start to finish, Childers jumped onstage and right into the music after audience members got a special, unexpected treat for an opener. Having come down with the flu, the opener had to cancel and ticket holders, instead got to hear another talent that rides the Country Squire bus as the tour manager – Kyle Crownover – was the chosen replacement. After a short break and time enough for the venue to become filled with a strongly male dominated audience and plaid shirts as far as the eye could see, Tyler was ready to take the stage and emerged into the light.  No introduction or greeting was ​given nor needed and attendees were treated to the first run of songs in order as they appear on his latest hit album.

Songs about country living, southern loving and drinking and drugging were well received and known ​by the crowd in the audience that night, and as Childers played "Whitehouse Road," the lyrics to the chorus were shouted out by almost all, smiling the entire time. Finally taking time to pause and talk to the audience in front of an electric backdrop of a camper and cute, three-eyed  farm animal, he used his southern charm to introduce members of the band that supported him, making the show one that was not to be missed.  What seemed to be straight off of a dating profile, Tyler introduced his slide guitar player by telling potential partners he enjoys long walks on the beach, is from Huntingtown, WV and loves puppy dogs.  Using it as a segue into an older song from the young talent "Take My Hounds to Heaven", the band continued to engage the audience and keep boots stompin.

The ability of Childers to go from talking about moonshine and cocaine to declaring his love for his lovely "Lady May" without missing a beat, is something that is extremely rare and admirable.  Equally impressive is the change in performance style and overall mood, going from being supported by a full band to singing solo in the spotlight all by himself. After clearing the stage for "Nose to the Grindstone" Tyler took songs to another level with his charm and musical abilities.

Equal parts party in the holler and courting the love of your life, the lyrics in Childers catalog run the gammet and are all ​easily repeatable over and over, never wearing out their welcome on the speakers.  The crowd swayed to the beat of "Honky Tonk Flame" in unison singing along with as much enthusiasm as they did when hemmin and hollering about how, "You can set my house on fire, turn it into sin and smoke!" ​Having seen the twenty-nine year old over the years at festivals such as Devil's Backbone Hoopla and Delfest, and becoming a bigger fan with every performance, it was exciting to see him as not only a headliner, but also a sell out at one of the areas biggest and best music venues.  "Seems like there might be a few more folks here than there were the last time we played in DC at the Songbyrd," noted Childers when addressing the crowd about how excited he was to be back.  ​

Thankfully for those who missed out or were unaware of the talent that Tyler Childers possess, there will be another chance to see him alongside another great talent when he returns with Sturgill Simpson for a two-night run in March as the "Good Lookin Tour" makes its way across the country.