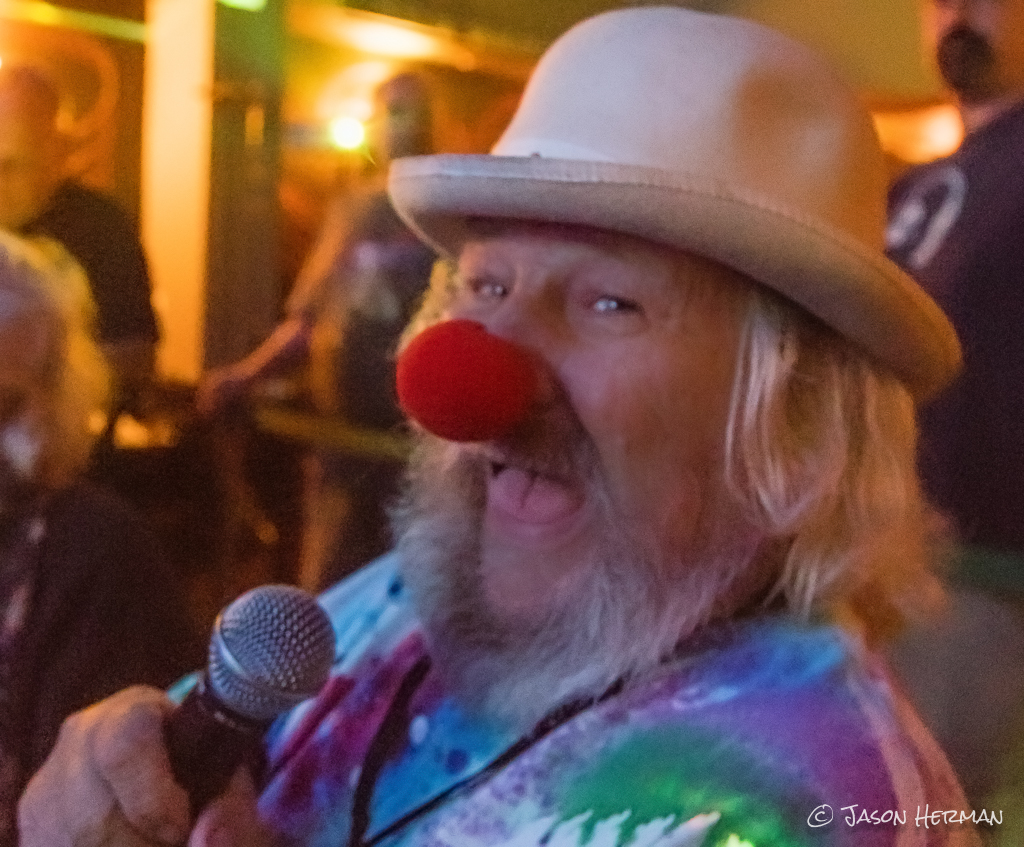 The Birthday Boy celebrates his Birthday at The Ardmore Music Hall in style!

The Ardmore Music Hall pulled out all the stops for their annual Unlimited Devotion held this year on June 9 and 10 in Ardmore, Pennsylvania. This event celebrated the 81st birthday of counter-culture legend Wavy Gravy and benefited not only the Rex Foundation, but also Wavy's Camp Winnarainbow.

The weekend was filled with a who's who of Grateful Dead influence musicians with Wavy Gravy himself present to take in the adulation of the musicians and the audience alike.  The line-up at times felt like a beautiful mashup of artists who had previously performed in the same line-up or had crossed paths with another artist in another band.  The intertwining of bands was amazing as you did not know where Ratdog began, Billy & The Kids ended, and how Further existed somewhere in between.

To say that The Ardmore Music Hall put on a great weekend is an understatement.  A supplemental projection show was brought in just for this event to add to the festivities and the second floor was filled with Scott Shapiro's Grateful Dead concert poster collection (The next day a poster Art Exhibit would be further set up).  The following day, in between performances, attendees were greeted to a full screening of the newly released Grateful Dead documentary, Long Strange Trip by Amir Bar-Lev & Martin Scorsese.

May we all raise a glass, or better yet a Wavy Clown Nose, and toast to Wavy Gravy and his health, and celebrate another year of beautiful music together. If you were unable to attend this benefit or just want to learn more about the two great organizations that were benefited by this event please look at the links below:

If you were unable to attend this benefit or just want to learn more about the two great organizations that were benefited by this event please look at the links below:

Find out more about the Rex Foundation

Find out more about Camp Winnarainbow

Be sure to check out our photo recap at the bottom of the article. Night 1 was packed and went way into the wee hours of the morning.

Days Between (dedicated to Matt Reynolds)

That's What Love Will Make You Do

Aron Manger on Keyboardist (with Sit-in by Todd Stoops)

What Does It Mean To Be (American Babies)

I Dare You (Raina Mullen Original)

Bring It In Close (American Babies)

Got Me Wrong (Alice In Chains cover)

Have You Seen Him

Because of her Beauty

Help On The Way >

Eyes Of The World >

They Love Each Other

I Know You Rider

Me and My Uncle

Fire on the Mountain

Playin' in the Band