UPSAHL Connects with Audience at Stubb’s 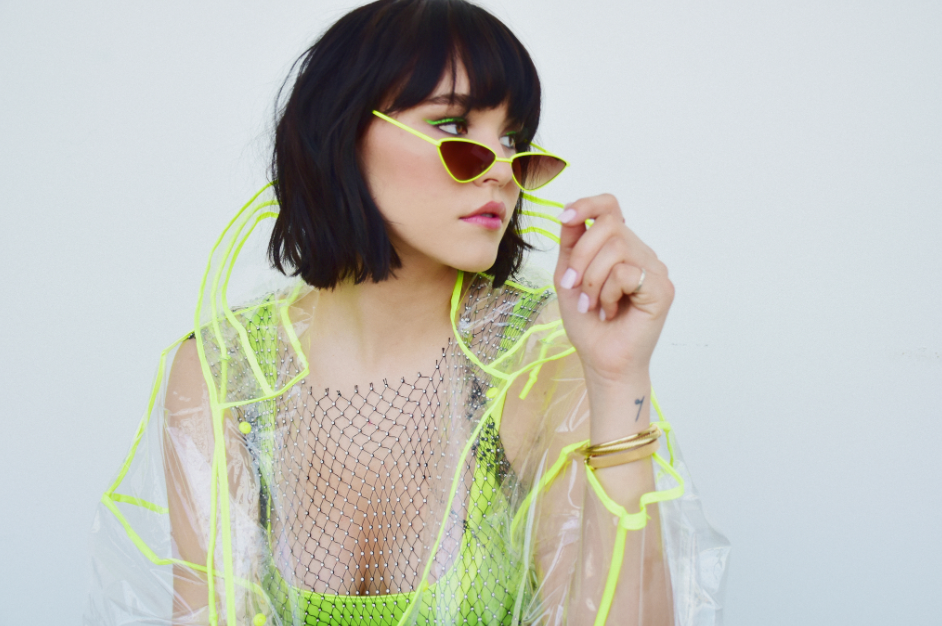 On Wednesday August 28, 2019 the line to get inside of Stubb’s BBQ in Austin, TX to experience UPSAHL’s performance was blocks long, despite the 100+ degree heat. The up-and-coming indie-alternative pop artist was opening for Tessa Violet, but noting how the audience filled both the downstairs and surrounded the upstairs railings, they came for the opener, too.

The 22-year-old singer strut solo out onto the stage dawning her iridescent outfit that matched her whole vibe - bright, compelling, and energetic. She picked up her guitar, walked up to the mic and shouted, “What’s up, Austin?!” to the already cheering crowd, who then cheered even louder. UPSAHL proceeded to explode into her dynamic 2018 single, “Kiss Me Now,” at one point pointing to the superfans in the front who delightfully pointed back, and sang along even louder. UPSAHL truly is the quintessential voice of everyone who’s just trying to figure life out - a must listen for those in their late teens, 20s and early 30s. Before smashing into, "SMARTY," a hit off of her latest EP “Hindsight 20/20,” the musician chatted with the audience, exemplifying this point, “...It’s my first time playing Stubb’s, and I’ve been wanting to play Stubb’s for like...ever. Alright, this one goes out to all the f**k boys in my life.” She’s got the attitude and the aura to be the voice of a generation.

“Drugs,” was a highlight of the performance. UPSAHL had the crowd shout back, “DRUGS,” during the chorus, “I’m gonna need you to help out with this one. Every time I say drugs, you have to f**king scream, SCREAM this sh*t.” Everyone was so into it, and Austin, Texas being Austin, audience members also shouted back, “LOVE,” during that part of the chorus. Even UPSAHL was impressed, “you guys killed that.”

Throughout the show idolizing murmurs like, “I f**king love her,” and, “she’s so cool,” could be heard around the venue. There’s no doubt that UPSAHL is just getting started, and missing any opportunity to see her perform would be a regret.

Click here to see the setlist for UPSAHL's performance at Stubb's BBQ on August 28, 2019

4. Smile For The Camera

6. All My Friends Are Rich