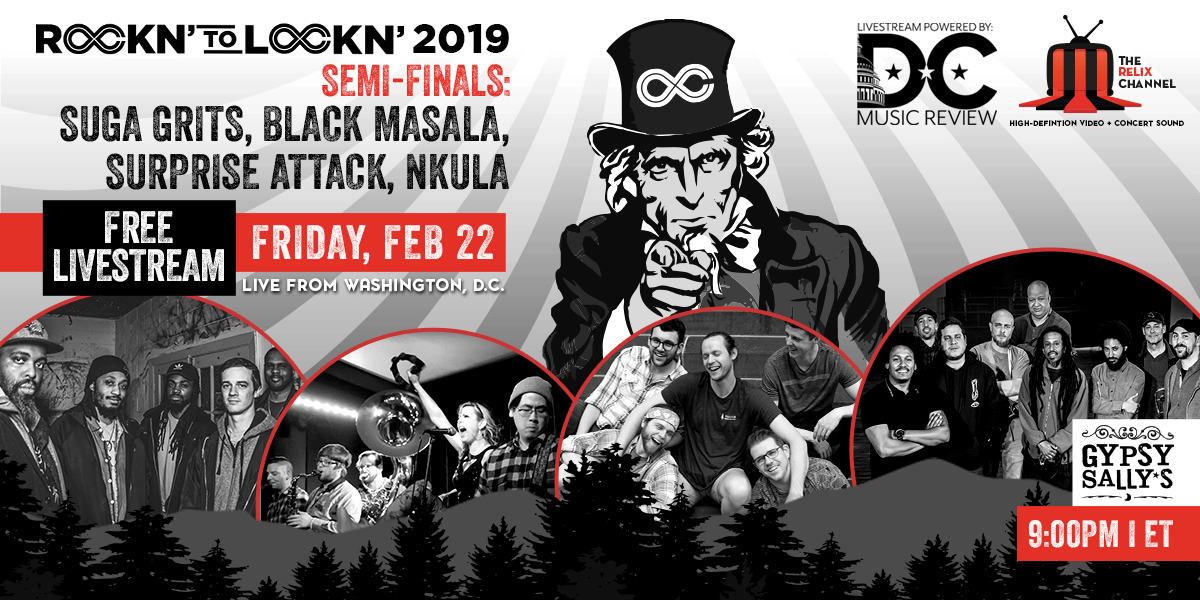 Tonight, DC Music Review teams up with LOCKN' Festival to present a free livestream on the Relix Channel of the 2019 ROCKN' to LOCKN' Semi-Finals featuring Suga Grits, Black Masala, Surprise Attack, and Nkula at Gypsy Sally's!

The annual ROCKN' to LOCKN' contest provides a chance for a handful of local bands to win a spot playing on the main stage at LOCKN' Festival each summer. Tonight's show at Gypsy Sally's is the second of three semi-finals and two of the four competing bands will advance to a final round later this spring.

Those of you who would prefer an audio-only stream can find that via DCMR contributor Will Urquhart's Mixlr account embedded below: