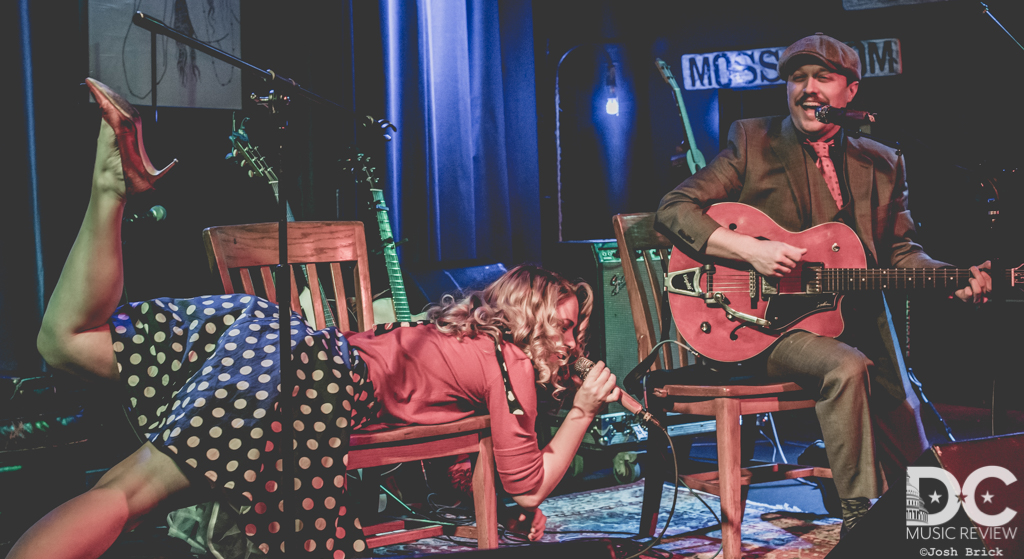 The scene opens with a couple on a couch, preparing for the night. The duet bickers as they seamlessly roll into an intimate song. Seated at the back of the Gypsy Sally's main stage, they steal glances at each other throughout the opening tune.

With Yes Darling, Hayley Jane and Ryan Montbleau have developed a performance that captures everything beautiful, and exciting, and terrifying, and outright annoying about love and relationships. One part concert and one part theater, this duo of characters weaves a story that is familiar and intimate through a mix of dialogue and impressive musical performances.

"With Yes Darling, Hayley Jane and Ryan Montbleau have developed a performance that captures everything beautiful, and exciting, and terrifying, and outright annoying about love and relationships.＂ Click To Tweet

The night whirls through a Ferris wheel of emotions. From the bliss of "seeing her sleep with the smile you made," and the love found in little things you take for granted, to the comedy of two big personalities clashing with each other, to the terrifying notion of a being stuck in a car together for hours on end during a road trip on acid with... oh crap are those police lights flashing in the rear view mirror?! The pair dances back and forth between cute, raunchy, and emotionally painful, with laughter sprinkled throughout. Nearly all of the songs they perform are originals off their album that showcase their fiery and hilarious chemistry, but they did step outside of that briefly for a couple covers. One of those being "In Spite of Ourselves," by John Prine, a song written for the Billy Bob Thornton film, Daddy & Them, in which Prine appears (yes, we googled that for you, darling).

The on stage banter extends into the audience every now and then, but mostly this performance is as meticulously plotted out as any play. The shared glances and precise timing are far too on-the-nose to have been left up to chance. Even the two mics that supposedly are just for them to communicate with each other-but which comically broadcast their more private arguments over the speakers-have the distinct sound of a backstage crew radio. All of this combines for an immersive and moving night of theater, that will have your stomach aching with laughter. You can find Yes Darling's album on iTunes,  Amazon Music, Spotify,  iHeart Radio, and Google Play.

Hayley and Ryan are in Philadelphia tonight and New York tomorrow before jutting off to Florida for a few nights. If you are lucky enough to catch this act, buckle up because Yes Darling is a wild ride and it just might be the most adorably not-safe-for-work show you will ever see.

The Dan Lipton Trio, a group that is very familiar to Gypsy Sally's, opened the night with a set of soothing songwriting. We will have a full review with photos of them shortly, and you can relive that opening set with our webcast recording.