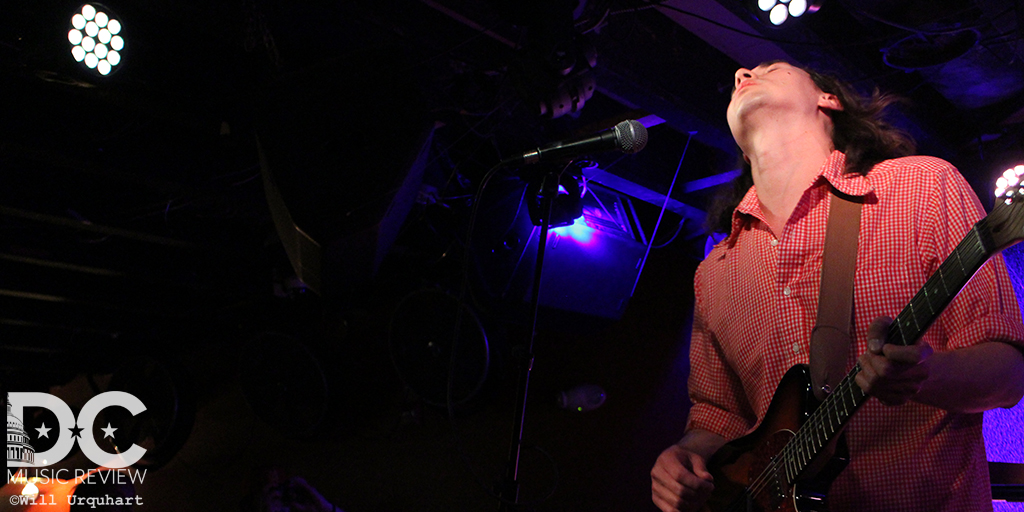 "When you release it, it's gone. You let it go," Yesferatu joked shortly before  debuting their first single last Tuesday with a rocking show at DC9 Nightclub. This relatively new band with an indie sound that has signs of electronica influence brought a set of entirely original music to this release party. Yesferatu describes themselves as "sequential circuits, slinky bass lines and a southern drawl," and it is an apt description of their sound.

The group features David Norwood (vocals, guitar), Paul Burgess (bass), Jeremy Slevin (synth and vocals), Gökhan Olduğugibi (drums), and Randell Villalonga (congas). Villalonga did not join them for this concert. They closed out the show with the newly released track, titled "By Design." It's an upbeat song with solid harmonies and a strong beat that is easy to nod along to.

You can find "By Design" on BandCamp at yesferatu.bandcamp.com. Look for them to release more these original tracks in the future as they hinted that "Strange for a Stranger" might be the next single release, though no sense of dates were given. And you can relive their show with full set audio and photos below.