Yola Delights Sold-Out 9:30 Club with Stunning Vocals and a Bit of Charm 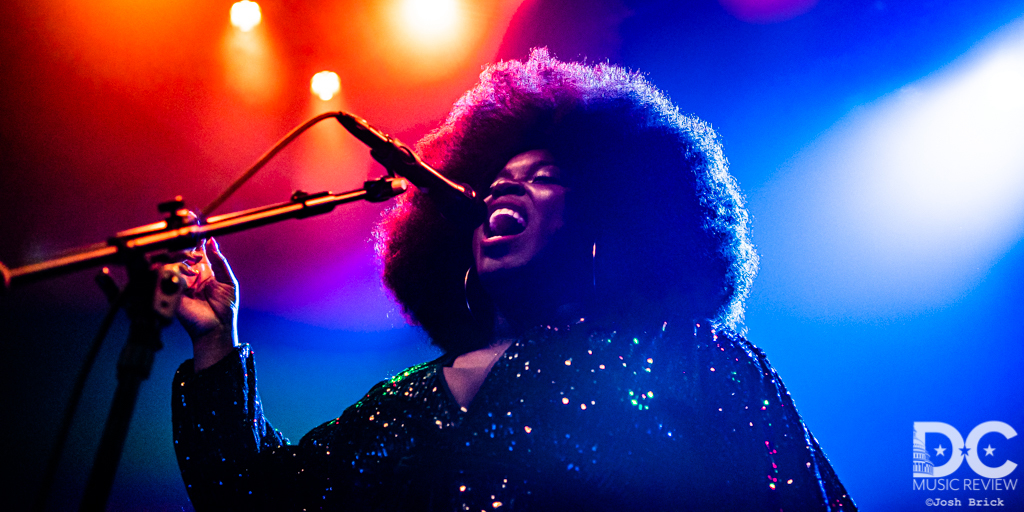 Grammy-nominated singer and songwriter, Yola, had the sold-out 9:30 Club crowd wrapped around her finger within the first song on Friday, January 10. Hailing from Bristol, England, the talented vocalist captivated a lively audience with her soulful voice, intriguing songs and charming personality. Many of the songs she sang on Friday were from the aforementioned Walk Through Fire including the aeonymous track, "Shady Grove," "Rock Me Gently" and "I Don't Wanna Lie," among others. Yola saved the best for last when she performed the Elton John classic, "Goodbye Yellow Brick Road" in stunning fashion.

Following a brief encore break, she sang more of her favorite songs including a wonderful "mashup" of Joni Mitchell's "Big Yellow Taxi" before segueing into "The Letter" written by Wayne Carson, first recorded by The Box Tops and made popular by the late Joe Cocker. As if she hand't spread her joyous aura throughout the room, Yola paid tribute to one of her heroes, Aretha Franklin, with a beautiful take on "You're All I Need to Get By."

If Friday was any indication, the superstar-in-the-making singer will make her way back to DC very soon, telling the capacity crowd that "we should do this more often!" We couldn't agree more, Yola.

The following video is courtesy of NPR's Tiny Desk Series.

Yola took some time to stop by NPR's Headquarters just a few blocks from her 9:30 Club Appearance.