Album Review: Cris Jacobs’s “Color Where You Are” 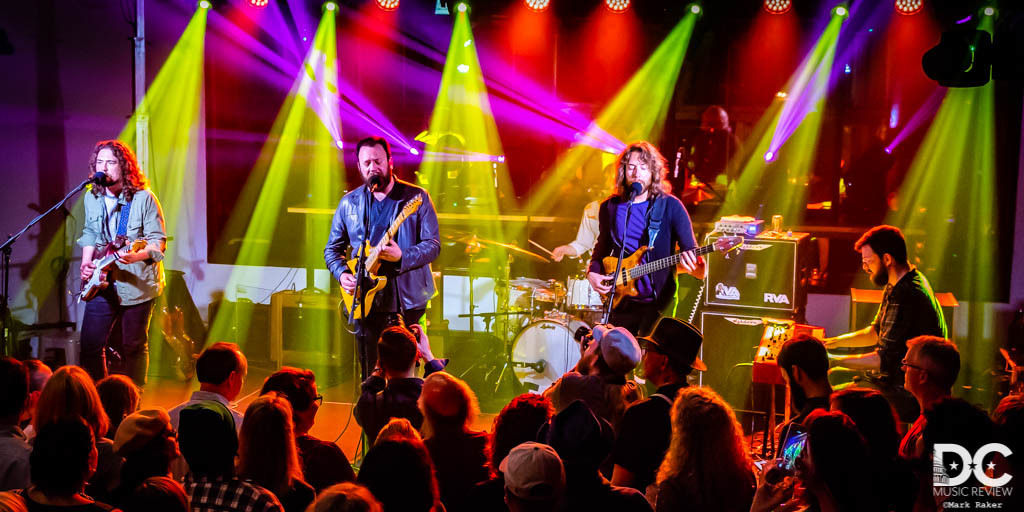 Cris Jacobs released his latest record, Color Where You Are, last week, becoming the most recent installment in the Baltimore native's already extensive discography between a decade as the lead singer and guitarist of the Bridge and two previous albums with his solo project, Cris Jacobs Band. The Charm City singer-songwriter's new release comes after a three-year gap since his last studio output, Dust to Gold, but is well worth the wait. In a recent interview with DC Music Review, Cris described a heightened degree of chemistry and cohesion with his band that dictated their approach, and that musical connection makes Color Where You Are an absolute pleasure to listen to all the way through. The band, comprised of Jacobs on guitar and lead vocals, bassist Todd Herrington (bass), Dusty Ray Simmons (drums), and Jonathan Sloane (guitar), along with guest keyboardist Daniel Clarke, blends a range of musical genres, from country to blues to rock and roll, to produce an excellent album of Americana that packs a punch in only 44 minutes. The album's opening track, "Painted Roads," provides a funky, syncopated backdrop for the album's remarkable ability to turn on a dime between genres, opening with overdriven rhythm guitar and bass leads before Jacobs begins his lead vocals, blending the New Orleans funk stylings of the Meters with the Southern soul of Little Feat.  Although the album doesn't give much space for Jacobs or Sloane to perform shredding solos on their guitars, it finds moments to use their skill to provide excellent textures that can accentuate Jacobs's vocals or add a layer of power with a tactful slide lead.

The second track on the album, "Under the Big Top," serves as a country-rock power anthem that is sure to get any listener's feet stomping and hips shaking. The tune features intense drumming behind a powerful lead guitar lick performed on Jacobs's home-made cigar box lap guitar, and the tune's lyrics will end up stuck in your head for days. "Step right up, get it while it's hot" could double as a motto for the album itself.

The first downtempo song on the album, "Buffalo Girl," makes for a nice interlude early in the album. A beautiful song about the appeals of travel to new places and the desire to throw our cares away in favor of wanderlust, "Buffalo Girl" tugs at the heartstrings and showcases Jacobs's fantastic, warm voice for the first time on the album.

Following another ballad, "Afterglow," the album turns back towards its funkier dispositions with "We'll Act Like Strangers," which comes off as among the most personal songs on the album. Jacobs, who recently became a father, sings about the desire to turn back the clock on a romantic relationship to simpler times. "I remember days so simple and sublime / When we lit each other's fires on a dime / But you know and I know, all that the time drags in / Worries and weight, and dust on the shelves." Following a sudden tempo and key change in the song, it concludes with a pathway to rekindle the magic, "Let's play the part of young lovers under the moon / We'll see you and me in a newborn light / And we'll act like strangers tonight." It's a beautiful, wrenching song. After "We'll Act Like Strangers" winds down, "Rooster Coop" fades in with a straight-ahead Southern rock tune that heavily features slide guitar and excellent vocal harmonies. The track that follows, "Holler and Hum," is essentially the only tune that Jacobs had performed live prior to the release of the album.

Color Where You Are winds down with three tracks that balance the upbeat, rocking opening of the anthem with a slower, contemplative ending, the country ballad "Ghosts of Evangeline," the sing-along "Night Birds," and the magnificent gospel-tinged "Hold Close These Things." They conclude a beautiful record that has something to offer fans of a variety of musical genres.

Jacobs celebrated the release of the album last weekend with two performances in the DMV Region. The night that the album was released, the band played a hometown show at Union Craft Brewing's beautiful new facility in Baltimore. Performing before a sold-out crowd at Union and a jam-packed Pearl Street Warehouse the next night in DC, the band celebrated with friends and family, playing the album in its entirety, along with old favorites and covers. Color Where You Are

The following photos are from Cris Jacobs's album release party at Union Craft Brewery in Baltimore, MD on April 12, 2019.

Interview with Cris Jacobs
Read More
About the author