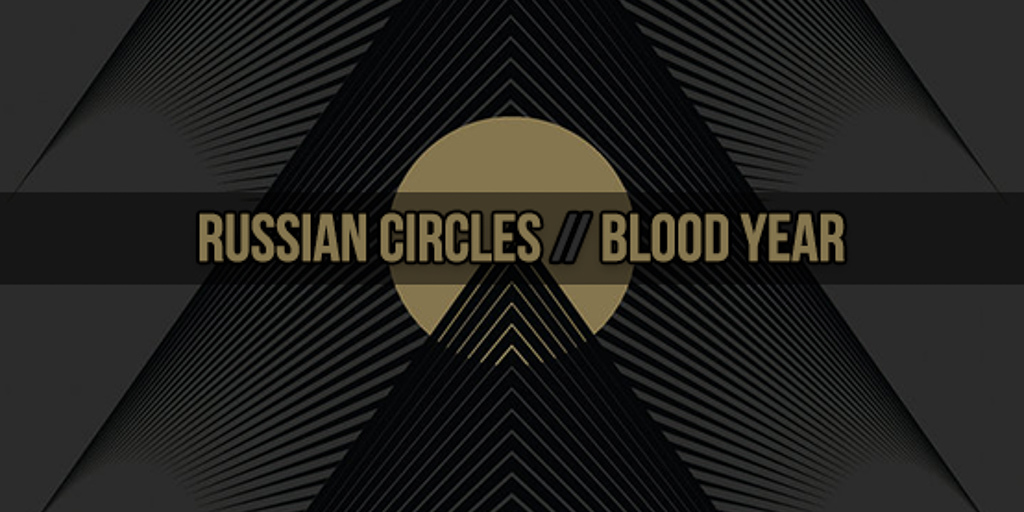 The latest offering from Chicago-based instrumental trio Russian Circles, titled Blood Year, features seven tracks that build up to a hard punch, pull back, and then hit even harder.

From the opening soundscapes of "Hunter Moon" and into the beginning of "Arluck," the band finds its way into organized dissonance and layered atmospheres common among post-rock outfits that eschew lyrics to focus on building a palpable mood and ambiance.  Guitarist Mike Sullivan carries the bulk of these duties, tapping and picking reverb-laden leads that loop and intertwine over the rock-solid foundation laid down by bassist Brian Cook and drummer Dave Turncrantz.

But what keeps Russian Circles from remaining in the well-charted territory of post-rock is their embrace of metal as a guiding influence.  When the clambering bass lines and drums lock in with the chugging guitar riffs, the group reaches its high water mark – the three members working as a single unit in a pummeling aural assault you would be hard-pressed to find elsewhere.

So goes the formula Russian Circles implements, serving as the key factor in their sonic experiments in dynamics and atmosphere, taking listeners from soothing to bombastic in a matter of minutes.

The tracks "Milano" and "Kohokia" display these qualities even more before leading into the two-and-a-half-minute respite "Ghost On High" (that still manages to work in unnerving distortion towards the end).  From here, the listener is dropped into the penultimate track, "Sinaia," that serves as a return to the album’s overarching musical form.

All of this comes to a climax in the album closer, "Quartered."  With all aspects of the bands sound on full display and cranked to ten, the track is the highlight of the album, serving as a perfect summary and denouement of all that precedes it.  On an album where the band quite often shines, this is where it is the brightest.

Blood Year was released on Friday, August 2nd, 2019.  Russian Circles will be at Union Stage in Washington, DC on October 29, 2019, and The Broadberry in Richmond, VA on October 30, 2019. Both nights feature doom metal favorites Windhand. To learn more about Russian Circles please use these web resources: