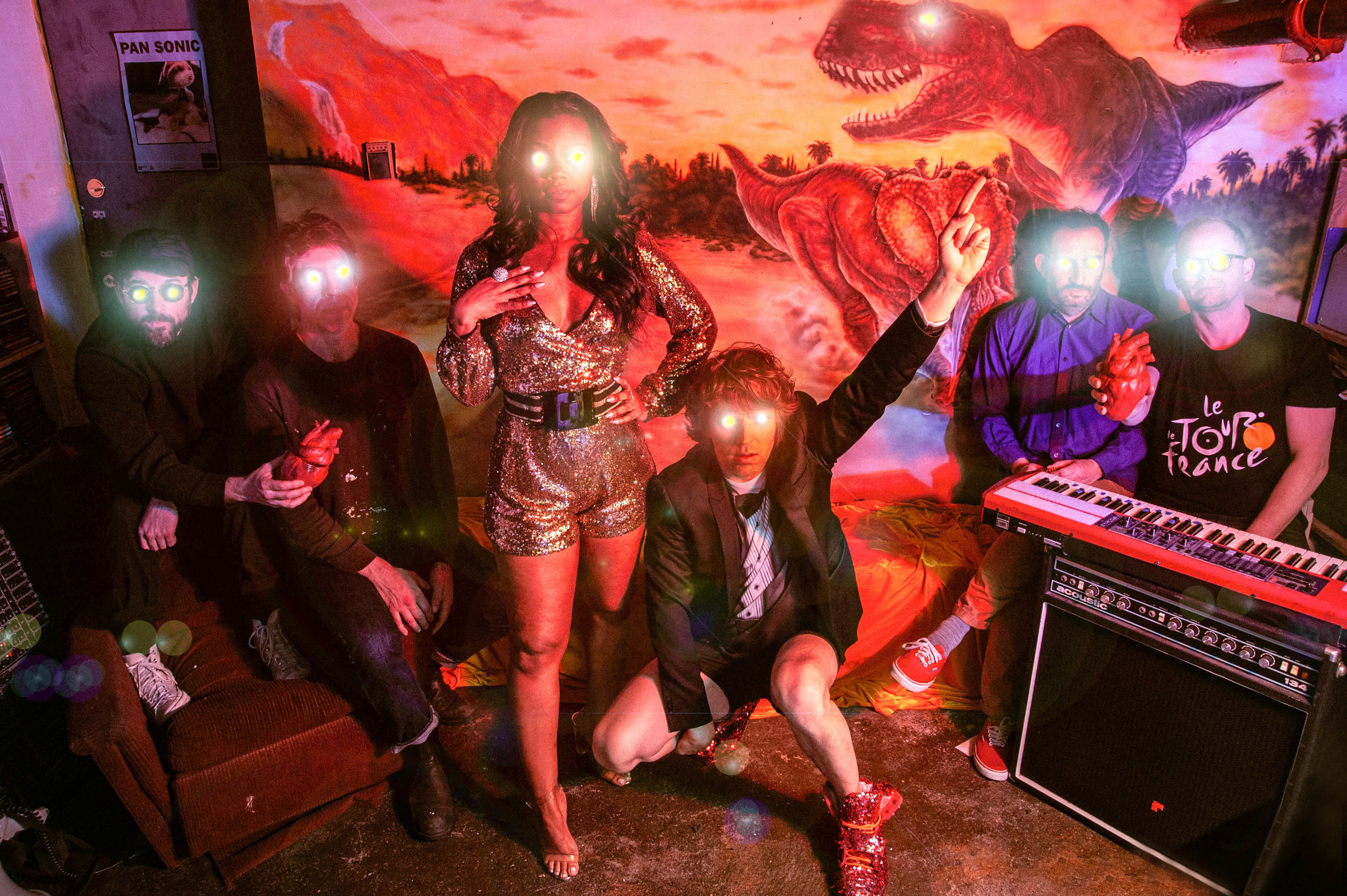 Long past are the days when dance-punk was a dominate force in the indie world, but that has not slowed down !!!’s (pronounced Chk Chk Chk) steady pace of releases since the early 2000s.  And while similar bands have evolved their approach in different directions (e.g., the Remain in the Light obsession of LCD Soundsystem, or the more often guitar-centric sound of Electric Six*), !!! have typically not strayed far from their original sound.

Which brings us to their latest release, Wallop.  The overall dance-y vibe remains the same, but the performances veer more towards the electronic aspect of the band, and everything seems to hit a little harder – the bass is deeper, the synths are dirtier, and drum machines contribute most of the rhythm here.

All of this is obvious from the opening bass synth of the first track “Let It Change U” (the first of several song titles to feature the idiosyncratic shorthand often used by the band), with front man Nic Offer asking the listener, “Why won’t you let the rhythm change you, why won’t you let it rearrange a little thing or two,” as if extending an invitation to the party this album is throwing in your speakers.

Offer’s trademark vocal delivery is on full display here, his humor leaving a mark on songs like “$50 Million” (“I stand accused of all the usual stuff,” he proclaims, then explains that "there's a comfort in my chosen delusions," following up with "50 thousand dollars wouldn't change my mind, but 50 million, now we're talkin'/I've been tempted, but not that often/if they want some of this it's gonna cost 'em," indicating a shameless, tongue-in-cheek willingness to trade convictions for money).  And “Slow Motion” offers a stream-of-conscious and paranoid rambling that will be familiar to fans of the band’s debut album Louden Up Now.  Singer Meah Pace contributes vocals on tracks “Off the Grid” and “This is the Door” (a highlight of the album), offering a fresh new voice that melds with the band’s rhythms and Offer’s vocals effortlessly.

Between the synth-dominated tracks, the group does leave room for the guitar and bass to lead the way at times, like on the lead single “Couldn’t Have Known” and “Serbia Drums,” which sounds like a 90s-era pop song.  These often prove to be the least interesting moments on the album compared to the pace and sounds offered by the predominately electronic tracks like “Off the Grid,” “My Fault,” and “Domino.”

Overall, the band knows exactly what this album is – a dance party soundtrack – and they deliver with expert execution that never takes itself too seriously.

*Author’s Note: These references are solely a representation of my taste and exposure to this genre.  I’m sure there are some readers writhing in their chairs or reeling back to smash their smart phones, but before you activate that Apple Care warranty, know that I am just one man and fully understand there is likely at least one great band from this era I have unjustly ignored. To learn more about !!! please visit them on the platform of yor choice: