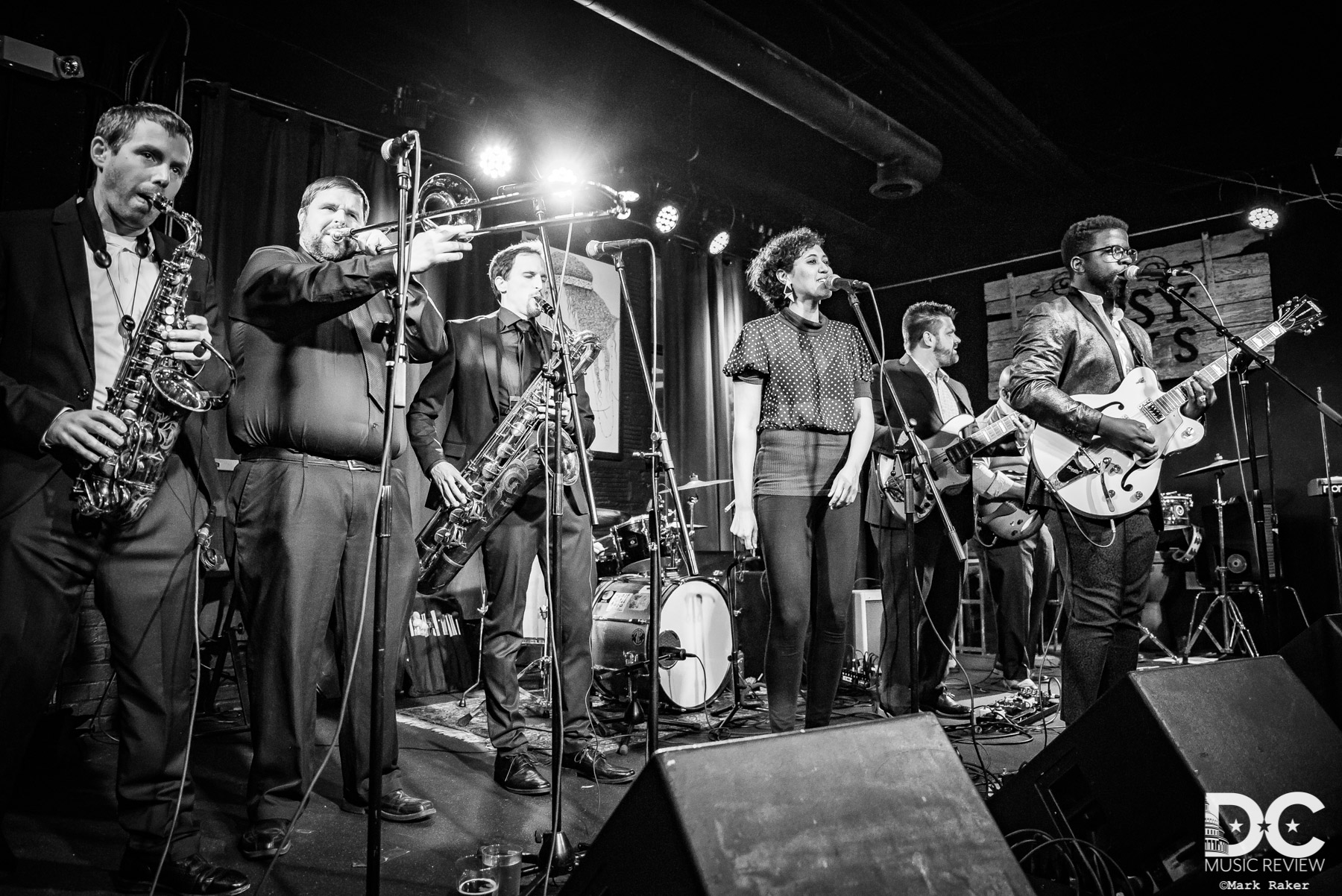 Five years ago in a simple twist of fate, five musicians, having responded to the same Craigslist ad looking for musicians, met and formed a band. This group then became AZTEC SUN. Since that night, this band has found their voice, their sound, and their fans. The band has since grown in size, and while some of the members have come and gone, one thing remains constant -  an enthusiastic and passionate commitment to “Funk with Soul”.

AZTEC SUN has progressed through the ranks of the DC area's music scene, building one success upon another, evolving their sounds and their stage presence.

Still basking in the afterglow from their earlier performance, opening for Everyone Orchestra and giving one of their most memorable performances to date, Aztec Sun took to the stage at Gypsy Sally's on December 28 as confident, road-warrior veterans. One could not help but notice how the band exuded a strong stage presence, filled with showmanship, enthusiasm, and a passion for their craft. The evening  kicked off with legendary DC musician Ron Holloway and The Ron Holloway Band. As Aztec Sun took the stage, concert goers filled the dance floor to move to the music, as the band interacted with the audience.

Sprinkled throughout the performance, Stephane Detchou, ever the showman with stylish flair, interacted with and energized the audience. During the drum switch by Heinz and Hall, Detchou announced that “we are going to do a little switch-a-roo and keep the flavor going!” In a wind up to a particularly energetic and danceable song, Detchou invited the audience closer to the stage, saying “We got more room for good ju-ju and dancing up here.”  The evening ended with AZTEC SUN's energetic, powerful, and soaring “Love, Call On Me”. This moving song leaves those in attendance out of their seats, only wanting more.

DC Music Review congratulates AZTEC SUN on a wonderful five years and wishes them much success in the year to come.

AZTEC SUN would like to thank the following past band members, who have helped get the band to where they are today:   Sam Hall, Galen Pardee, Art Cold, Ryan Schleeter, David Klein, Michael Dranove, Seth Wooten, Gabe Maser, and Lee Anderson.

Click here to see the setlist for AZTEC SUN's performance at Gypsy Sally's on December 28, 2017

4. Back Into Your Arms (with Sol Roots joining)

5. In the Name of Everything

6. Smile (guest Noah Bein of Stranger in the Alps)

We hope you enjoy these videos that captured this great performance below from our videographer Sandi Redman.

Speaking of videos, did you know we have our own YouTube Channel?  Why don't you take this opportunity to Subscribe to this channel so you never miss an amazing video!

Love, Call On Me - Courtesy of AZTEC SUN