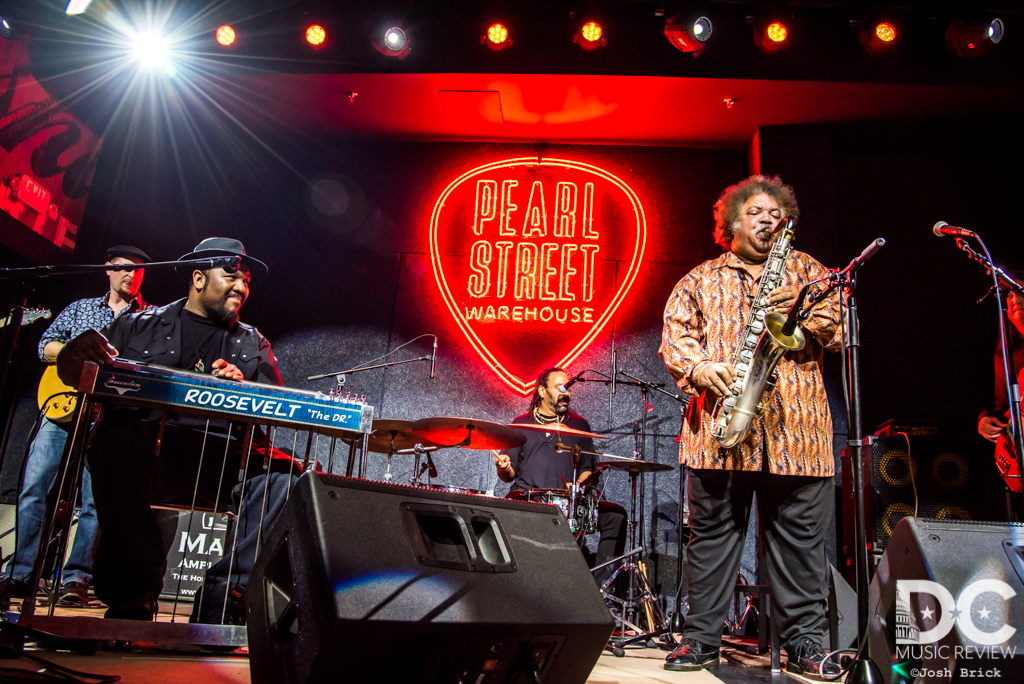 Roosevelt "The Dr." Collier, hailing from southern Florida, put his pedal steel mastery on display to the delight of the crowd . The trio ripped through a set of fantastic Hendrix tunes including Power of Soul, Spanish Castle Magic and Them Changes.

The funk outfit closed out the evening with a serious take on Funkadelic's "Good to Your Earhole", featuring Sol Roots, Mike McHenry and Ron Holloway. Check out full audio of another powerful night of music in the District below!

Enjoy some video and audio recording of the performance recorded by our collaborators Will Urquhart and Sandi Redman.