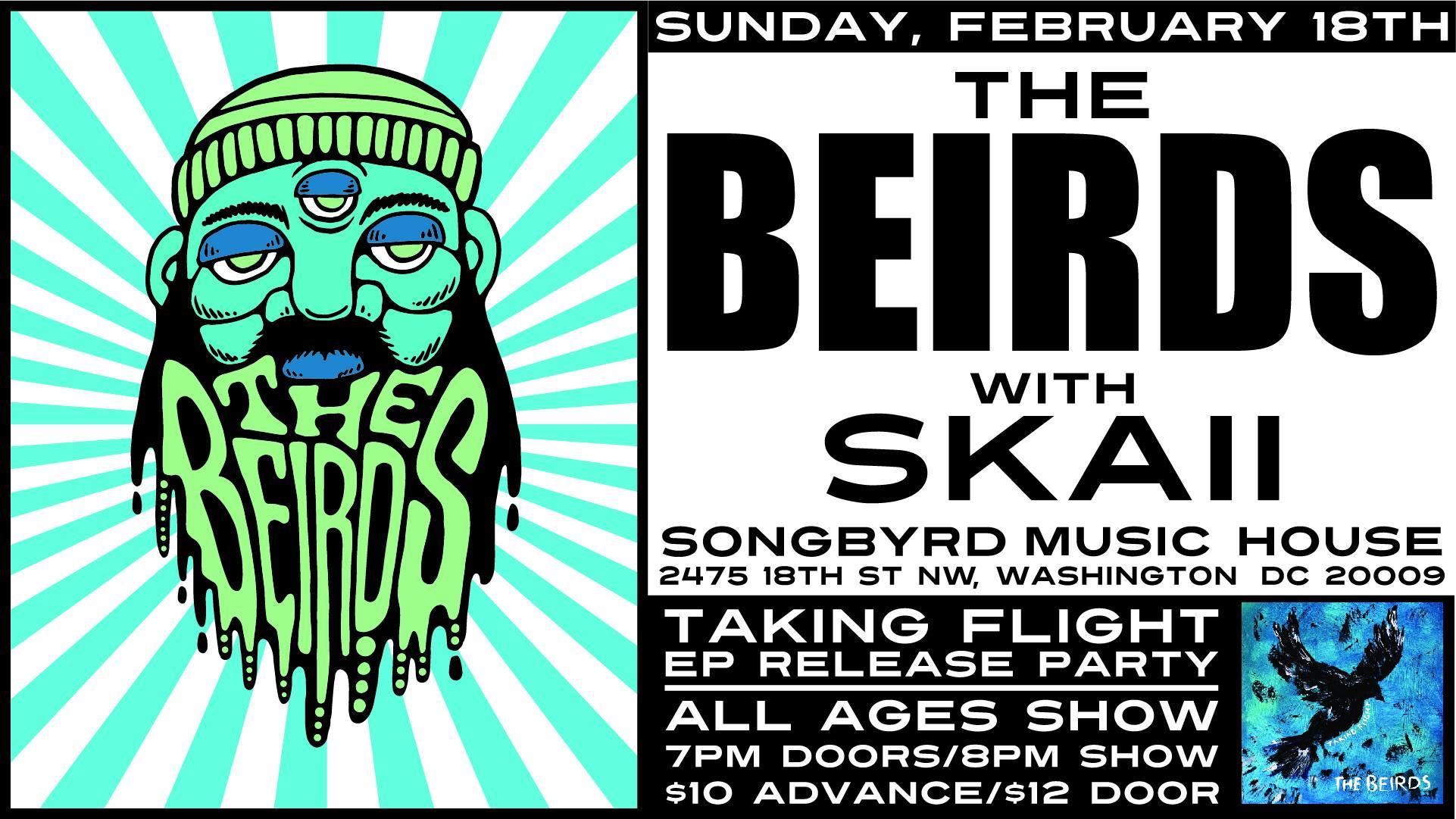 Hailing from Washington, D.C., The Beirds are a lively four-piece atmospheric rock band who combine electronic and psychedelic influences to create their unique and danceable sound.

Formed in 2012, the tight knit group is comprised of a set of twin brothers - Matt (bass) and Chad Bartlett (keys) - as well as Dave Salvo (guitar) and Zach Hoffman (drums). Influenced by a wide variety of genres — including classic rock, bluegrass, jazz, among others — fans can be assured that each and every Beirds show will be one-of-a-kind. In addition to their funky tunes, each show is accompanied by its own light show, reinforcing the idea that The Beirds are meant to be witnessed live.

You won’t want to miss their debut EP release and concert at Songbyrd Cafe this weekend. Join The Beirds to celebrate the release of their EP Taking Flight — a four track record that showcases both their talent and wide-range of sounds and ability.

Two of the four songs from Taking Flight, "Send Me A Soul" and "Hop On Cop", are available to listen to the band's Bandcamp Release Page

Presales of Taking Flight will go on sale on February 16, 2018 on their Bandcamp page.

The album will also be available on most music services such as iTunes, Spotify, and Amazon starting on March 2, 2018.

Tickets may be purchased through Ticketfly here. $10 in advance / $12 day of show.

Skaii will be opening this show in support of The Beirds.