The Bridge Serves Up Some Hope in Charm City 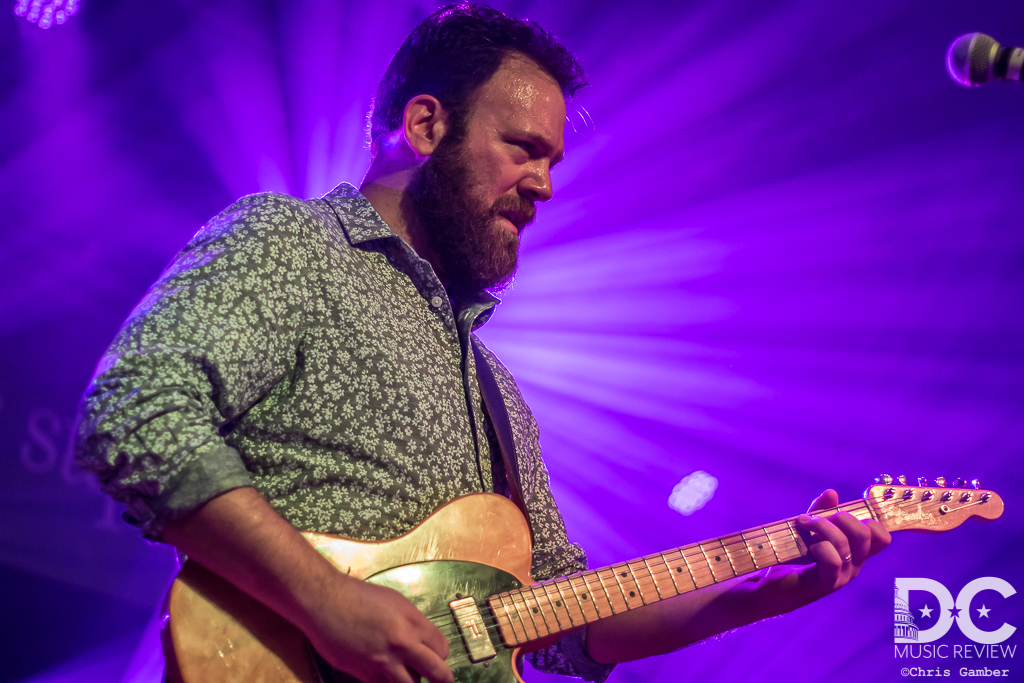 This past Saturday, February 10, 2018, happy fans of all ages gathered at the Baltimore Soundstage to see one of Baltimore’s most beloved bands, The Bridge, reunite once again at the 12th Annual Concert for Hope. Members Cris Jacobs (guitar/vocals), Kenny Liner (mandolin/vocals), Dave Markowitz (bass guitar/vocals), Patrick Rainey (saxophone), Mark Brown  (keyboards), and Mike Gambone (drums) have been ecstatic to play this event for years, even after the disassembly of their band.

The Hopewell Cancer Support, founded in 1993 is a non- profit organization based in Baltimore. Funded strictly through donations and corporate sponsorships, Hopewell costs nothing to its patrons. For the past 12 years, Hopewell Cancer Support has put on an annual fundraising event called the “Concert for Hope” to help raise money for their establishment, and what better way to do it then to tap into the tight knit community of music lovers in the area?

Every year this concert packs the house full, and this installment was no exception. Doors opened early for the VIP ticket holders and the line was wrapped around the building with anxious concert-goers. The VIP experience was an all out Shindig.  Along with a full spread of delicious food from a wide array of Baltimore Restaurants, there was an open bar with Beer from Union Craft Brewing, free t-shirts, and an intimate acoustic set for VIP’s only with The Bridge paying homage to none other than the late great Tom Petty!

From the moment The Bridge stepped onto the stage, their energy was incredible. One could immediately tell that this night was going to be something special. The acoustic set opened up with Petty’s most notable song, “Free Fallin’”. From the first note of the song, the smiles that swept over the faces of the band were illustrious. Rainey’s saxophone was soft and mellow and Jacobs belted out the lyrics as if he were Tom Cruise in Jerry Maguire. More Petty hits followed, such as “I Won’t Back Down”, and “Into the Great Wide Open”, with different members of The Bridge taking their turn on vocals.  Next we heard “Breakdown” with an unforgettable saxophone solo from Rainey, followed by a very bluegrass-esque version of “Mary Jane’s Last Dance” that had the audience stomping to the beat. After the foot stomping commenced, we were taken into a soft, beautiful version of “Time to Move On”, which was my personal favorite of the night. Jacobs gorgeous vocals along with the soft picking of the acoustic guitar made it sound like a perfect lullaby. Afterwards, Jacobs announced that he was going to bring up “one of the best songwriters he’s ever known”, and invited Jerry Joseph to join him on stage as the other members of the band took a break. Upon putting on his guitar, Joseph and Jacobs dove right into the hard - hitting Petty classic “Shadow Of A Doubt”, both shredding on their guitars like nobody’s business.

The rest of the band then reconvened on stage for “Here Comes My Girl”, “Don’t Come Around Here No More”, and one of everyones favorite Petty tunes “You Don’t Know How It Feels”, before a patron of Hopewell Cancer Support got on stage to tell the audience about Hopewell and her experiences there. She described a beautiful, serene and calming place stating “this is the place that you need to heal”. And I believed her. To finish up the VIP portion of the night, The Bridge revved it up hard with the classic “American Girl” before closing the set with a very lighthearted version of “Wildflowers”.

As the band left the stage, the doors to the general admission ticket holders opened and the Westminster based band Bootleg took the stage playing their blend of Classic and Southern Rock and 80’s favorites such as“Hit Me With Your Best Shot”, “What’s Your Name”, and “Hold on Loosely” to name a few. The crowd sang along to all the songs they knew so well, but the anticipation for the Bridge’s electric set kept growing.

As The Bridge came back to the stage for the final set of the night, the energy in the room instantly quintupled. The eager crowd gathered in front of the stage and the dancing was underway as they busted into their first tune “Brother Don’t”, followed by “Honey Bee” straight into the most outstanding song of the night, in my eyes, “Superfunk”. This song took me on a journey of my own and was most definitely FUNKY. The spectators seemed to agree because not a soul in the Baltimore Soundstage stopped moving their feet to this jam. From this point on, the night never slowed down as The Bridge took us into “Chains”, “Easy Jane” and “Heavy Water” which showcased some pretty noteable instrumental solos from each member of the band. Next up was crowd favorite “Angelina” which again brought us a fiery jam that everyone seemed to delight in. To give the general admission folks a little glimpse into what the VIP’s had the privilege to hear , the band played two more classic Petty tunes “Refugee” and “Running Down a Dream”, before bringing us the upbeat “Geraldine” which was right up my alley with the 50’s - esque piano riffs and saxophone. Afterwards, Kenny Liner took the microphone and announced that they were going to pay tribute to John Barlow, who passed away last week. Barlow is most well known for his song lyrics written alongside the Grateful Dead’s Bob Weir. In a moment of humour, Liner stated that the band has “never played this song and never practiced it” and that he “doesn’t know if he even likes it.” The congregation obviously did not know what to expect after this comment, but it was apparent that these guys have been playing together for years when they burst into the Grateful Dead’s “Feel Like a Stranger”, and nailed it as if they had played it 100 times before. The set continued thereafter with more Bridge originals such as “Spill Over” and “Jomotion” and the set closer “Dirtball Blues”. As the band left the stage, the assembly cheered and begged for more until the band reconvened on stage for a smokin’ hot “Steamroller” and “Rising Sun” encore to end the night.

This was an extraordinary affair from start to finish for a wonderful cause near and dear to everyone in attendance. Every individual and group alike that contributed to this event did a phenomenal job, especially the staff of the Baltimore Soundstage.

On a final note, if you would like to learn more about Hopewell Cancer Support or contribute a donation, check out the following link: http://www.hopewellcancersupport.org/How-to-Give

Click here to see the setlist for The Bridge's performance at the Baltimore Soundstage on Feb. 10, 2018