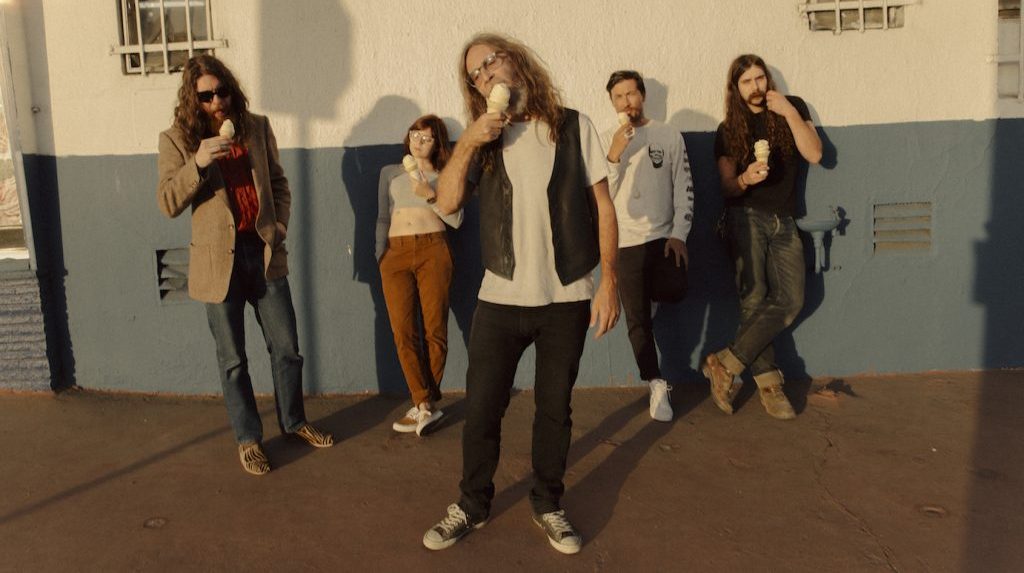 There is something about the classics of rock music that endears them to us and keeps them relevant in our minds, and their influence is undoubtedly pervasive in the countless off-shoots rock and roll has started throughout the years.

Canadian rockers Black Mountain wear these influences on their sleeve to great effect, as was apparent when they hit the stage at the Black Cat on November 13.

Sporting a new lineup and promoting their latest album, the band ripped through a 14 song set, rocking so hard that there was a partial power outage within the first few songs of the set (or at least that makes the hiccup – that was apparently no fault of the band’s – sound much cooler when writing a concert review).  But after a couple of minutes, the amps were back on and the band picked up right where they were cut off. Lead by guitarist/vocalist Stephen McBean, it is clear that the group has impeccable taste when it comes to their influences.  McBean provides the Black Sabbath-style riffs and the David Bowie-influenced melodies that mesh with keyboards straight out of a mid-period Pink Floyd album played by Jeremy Schmidt and Rachel Fannen (whose voice offers the same feel and power of the stylized gospel vocals prominent in that same Floyd era).  All sounds are tied together by the tight rhythm section consisting of bassist Arjan Miranda and drummer Adam Bulgasem.

Although their inspiration is starkly apparent, the band manages to distil these sounds into something that is truly unique and thoroughly scratches the any listener’s classic/psychedelic rock itch.  The set contained tracks spanning the entirety of the bands career, starting strong and not letting up for even a moment (not counting power outages).

Before the classic rock nostalgia trip, Ryley Walker and Charles Rumback took the stage to perform songs from their latest collaboration.  What transpired was a melding of avant garde, effects-laden noise rock provided by Walker’s guitar over Rumback’s jazz drumming.  While challenging, the duo managed to create sounds that were quite unlike anything else (for those to whom this description appeals, Walker has a wide and varied discography that ranges from the aforementioned collaboration to an album that consists solely of Dave Matthews Band covers).

Black Mountain’s latest album, Destroyer, was released on May 24, 2019 on Dine Alone Records. Ryley Walker recently released his latest album (made with Chicago-based jazz drummer Charles Rumback), Little Common Twist, on November 8, 2019 on Thrill Jockey. The bands are currently on tour together across the United States. Listen and watch below.