BREAKING NEWS: The Go-Go Can Continue at Metro PCS 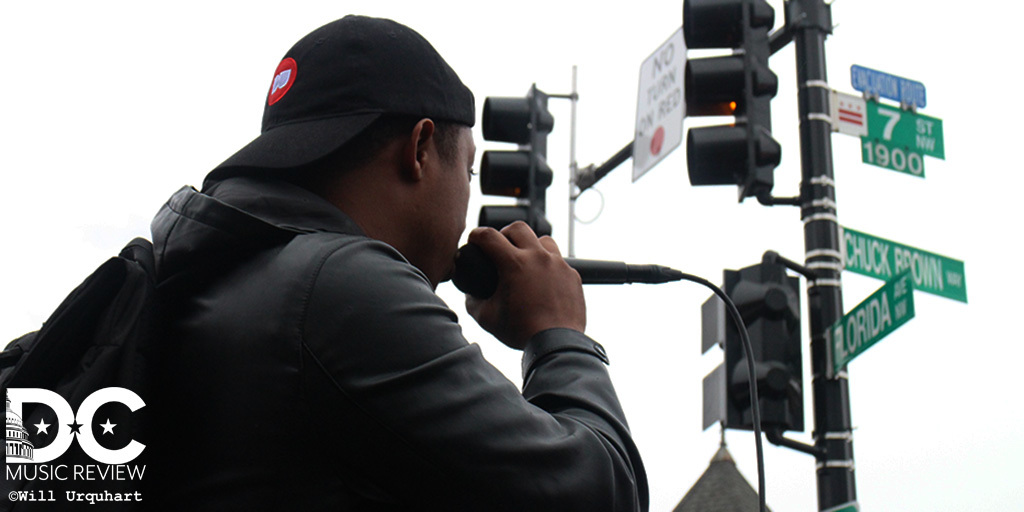 Following multiple days of protests and outrage, news broke early Wednesday that Metro PCS will be allowed to continue playing go-go music outside the store. T-Mobile CEO John Legere said on Twitter that, "I’ve looked into this issue myself and the music should NOT stop in D.C.!"

Protests began forming Monday following a DCist report that a resident of The Shay, a high-end apartment complex just down the street, was bringing a lawsuit against T-Mobile over the music that Metro PCS has played outside their store for over two decades. No laws were being violated, nor have there been significant complaints registered with DCRA or the police. The lawsuit was not aimed at enforcing the law, but rather was designed to intimidate and take advantage of T-Mobile's desire not to engage in a fight.

Someone else was ready for this fight though. Activists, musicians, and even a couple members of the Council of DC joined together for a rally Monday and then a go-go concert-as-protest Tuesday evening. A massive crowd assembled for the concert at 14th and U on Tuesday, causing police to shut down some streets as Mental Attraction Band 2.0 and TOB performed. Online, over 100 thousand people tuned into our livestream, flooding the posts with comments of support.

This fight follows a trend in recent years, where new residents who moved into some of the loudest areas of the city, demand that longtime traditions cease or limit the volume significantly. For a district hit hard over the past decades by rapid gentrification, the efforts to go after our buskers and our go-go music add insult to injury.

Yet in the midst of these attacks on our culture, the music community has found strength in numbers and organizing. The Amplified Noise Amendment, which originally threatened buskers with jail time, has undergone significant rewriting and the upcoming version of the legislation is expected to include a number of proposed changes meant to protect DC's vibrant street performers.

While we celebrate these small victories, the underlying structural issues that bring these kind of attacks continue. As longtime members of the community get priced-out, new residents without the attachment and love for our culture will continue to take their place and friction will occur. However, with each successive fight that we win, the music community comes out just a bit stronger and a bit more organized. Those that would threaten go-go should think twice about whether it is worth the effort. Your wealth might buy you some influence and the ability to bring frivolous lawsuits, but you do not have the numbers behind you and when people come together they can be more convincing than your money or privilege.

As of today, the go-go is back on outside Metro PCS.