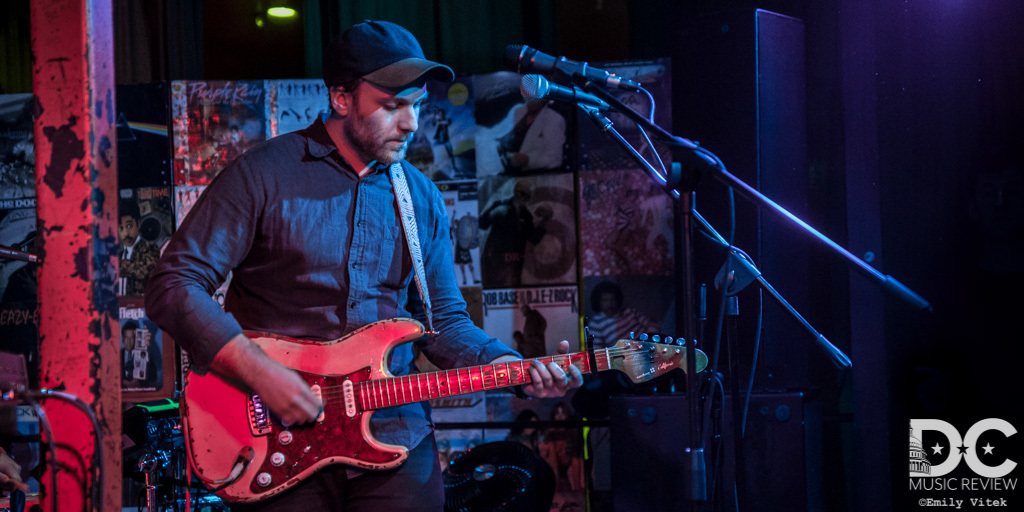 Almost a year after their performances in Washington DC last year, indie artists Cape Francis and Yoke Lore returned to the DMV for not one, but two sold out shows at Songbyrd. Last Spring, Cape Francis kicked off his “zXzW Tour” at Songbyrd while Yoke Lore played the Rock & Roll Hotel on his tour with Frenship. Now the two artists have joined forces and returned to the nation’s capital to finish off their spring tour. After tickets for the first DC performance sold out, the additional date was added by popular demand and were quickly snatched up. Both Cape Francis and Yoke Lore recently embarked on a new journey by departing from their previous bands and exploring the adventures of being a solo artist. While Kevin was previously a member of the band Stone Cold Fox, Adrian Galvin of Yoke Lore is best known for his contributions to Walk the Moon. Yoke Lore released his third EP “Absolutes” in July 2018 as a follow up to his 2017 EP “Goodpain”. With songs such as “Fake You”, “Cut and Run”, and “Concrete”, Yoke Lore explores the various internal struggles that people deal with in their lives.

“Deep Water is much more focused around work, what it means as a creative person to balance work life and music life, and all the fears and pressures that come into the picture when confronting it." After their performance on Wednesday, Cape Francis will be heading out to the South West for a tour with Cayucas, and will stopping in cities such as Phoenix, Austin, Denver, and Las Vegas. Meanwhile, Yoke Lore will be heading over to the UK and Europe for a few weeks and will be playing in Dublin, Paris, Berlin, and more. If you were not able to get tickets to either of this week’s sold out shows, Yoke Lore will be returning to the area to play the Firefly Festival this June in Dover, Delaware. With other big names playing at Firefly such as Panic! At the Disco, Death Cab for Cutie, Young the Giant, and Vampire Weekend, this festival is one you don’t want to miss. General admission and VIP tickets are currently on sale here.