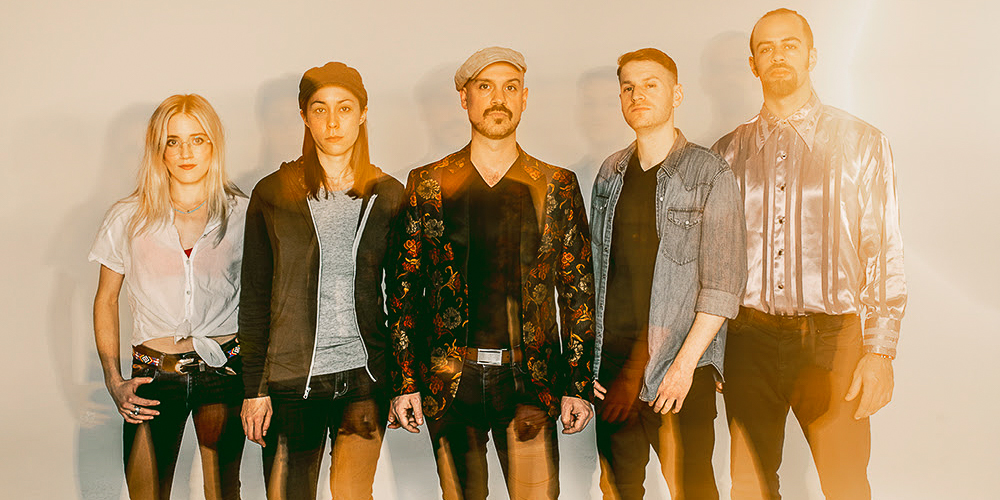 The opening notes of "Elegy," the first track on Ghost Light's debut album, Best Kept Secrets, aren't from any of the instruments you'd associate with the jam band super-group. They don't come from Tom Hamilton's guitar or Holly Bowling's piano. The album begins with the sound of wind chimes, encapsulating the band's approach of shifting like the wind, blowing back and forth between the diverse talents of the musicians that make up the band. Note by note, the remaining members of the band enter the musical tableau, delicately and hauntingly, beginning with Bowling and followed by Raina Mullen's wordless vocal melody and the pounding drums of Scotty Zwang, before finally Hamilton's guitar chimes in softly in the background.

For those that have seen the band perform live, this may seem an odd way to open the first album of a band that is defined by an electric, psychedelic live show, but that subversion of expectations makes the transition to the next track, "Don't Come Apart Just Yet, My Dear," all the more impactful. Best Kept Secrets kicks off in earnest with the fuzzy opening guitar riffs to this rocker that begins with the lyrics, "Don't come apart before you really know which way to fall / It's just a louder world now." These opening lines evoke the sense that this is an album that could not have existed even a few years sooner, both due to the growth of the musicians that have each had successful music careers with other bands or solo projects, and the tenseness of American culture in 2019. As a result, Hamilton and Mullen's lyrics provide powerful motifs for the band's debut, from the aforementioned opening lines to the pointed messaging of "Keep Your Hands to Yourself," effectively a blues-rock anthem for the #MeToo and #TimesUp era with the very direct line "Time's up, creep."

There's plenty more to love in the instrumental sections of this album, from catchy guitar hooks and vocal harmonies from Hamilton and Mullen to intense, driving percussion from Zwang and fantastic keyboard runs and textures from Bowling. The talents of this band shine through in that regard in the instrumental interludes, including "Beyond/Before," which are marked by psychedelia and atmospheric discordance that manage to provide a compelling, almost cinematic backdrop for the ear-worm rock tracks that have become standards of the band's live repertoire.

The result is a record that, much like Ghost Light itself, is greater than the sum of its part. It's a record that shows a clarity of collective vision and collaboration. Although Hamilton produced the album, every song's writing credit goes to the band as a unit. Ghost Light is clearly a band focused on shared energy and a singular output. No member stands above the others and the result is fantastic.

Still, Ghost Light shines brightest in a live setting, where the band can stretch its improvisational legs and create spontaneous music and energy as a collective unit. The band will return to the Hamilton in Washington, DC on May 18th, so mark your calendars now for a show that will surely kick off the summer in electric fashion. 6. Keep Your Hands To Yourself

8. Doorway To A Silent Chamber