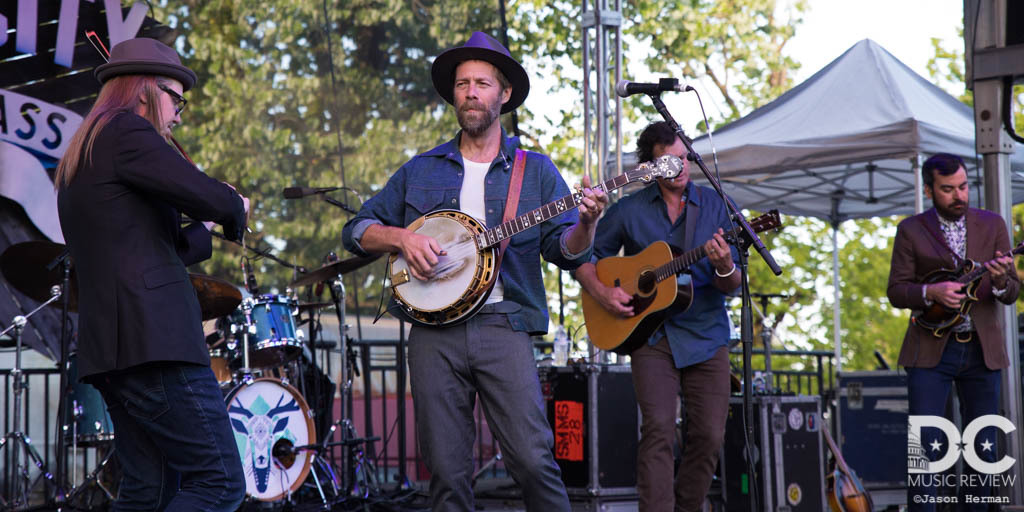 Now in its seventh year, Charm City Bluegrass Festival has become a Baltimore tradition, kicking off the summer festival season with two days of bluegrass performances, workshops, and jam sessions. Held just next to the Conservatory and Botanic Gardens in beautiful Druid Hill Park, this annual festival serves as a celebration of the local bluegrass scene and has evolved to offer a lineup of artists whose music share roots in Americana, folk, country and traditional bluegrass. Headlined this year by local legends, the Bridge, the 2019 installment of this festival reminded us again what makes this a can't miss event each spring. Despite a rainy first night, featuring an outstanding performance by Jeff Austin Band, the weather improved dramatically for the festival's full-day Saturday schedule, with sunshine and clear skies throughout the afternoon. 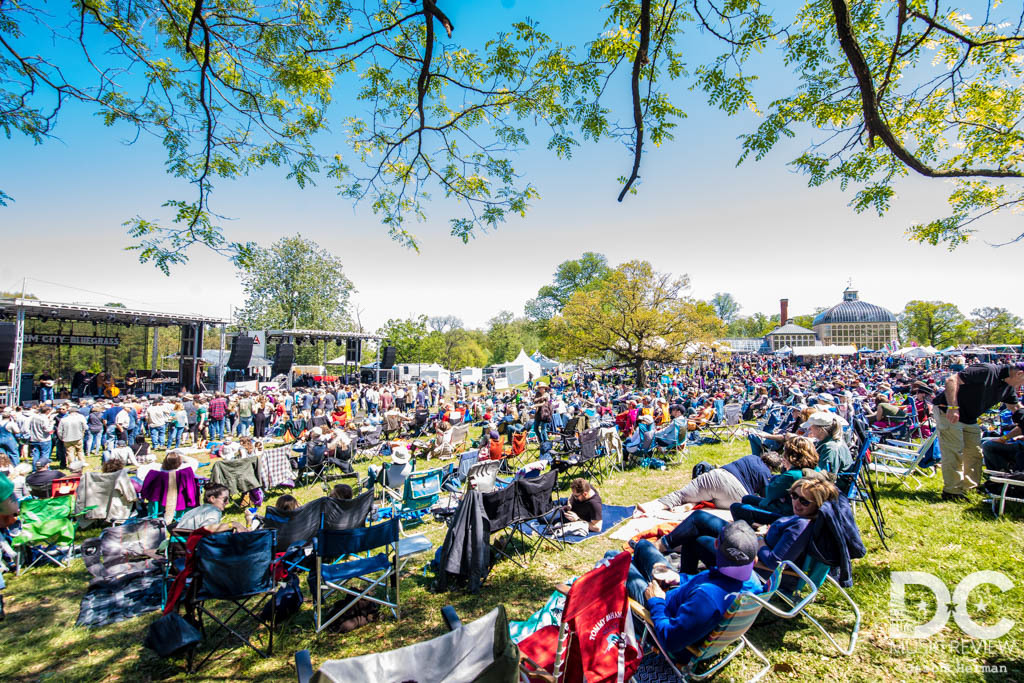 This year's festival stuck to the formula that has made Charm City Bluegrass so successful for the last seven years: a family friendly set-up, great local food and drink vendors, and two stages with live music all day. The majority of the bands perform on two main stages that alternate back and forth. While one band is playing, another is setting up on the stage next to it. There's not much lag time between artists, and the organizers use those opportunities to promote local acts and initiatives. The secondary stage on the other side of the site offers small workshops, jam sessions, and talks, in addition to a few bands. This year's lineup featured a wide range of artists, both playing and inspired by bluegrass. For traditional bluegrass fans, there was plenty of pickin' with bands like Hawktail, Charm City Junction, and Steep Canyon Rangers. Fans of crossover and alternative bluegrass enjoyed the hidden gem of the festival, Gangstagrass, that beatifully blended rap/hip-hop with traditional bluegrass.  Fans of indie folk could gravitate to Front Country, while Frank Solivan & Dirty Kitchen brought the live energy of a rock band to their late afternoon set. And Deer Tick, a genre-blending alternative rock band from Rhode Island, played the penultimate set of the festival before the semi-retired local jam band, the Bridge, headlined the weekend. Playing a set featuring several of their bluegrass-tinged songs like "Country Mile" and "Chains," the Bridge also threw in some humor with a special "bluegrass jam" where every member of the band took a solo at the same time.

Charm City Bluegrass is truly one of the best music festivals in the DMV area. In addition to the impressive lineup each year, the festival has an excellent vibe. The vendors are always great, especially beer provided by Union Craft Brewing, and the crowd feels big in the park, but also intimate. With each installment of this festival it's great to see lots of families and young bluegrass fans, some of whom may grace its stage in the years to come.