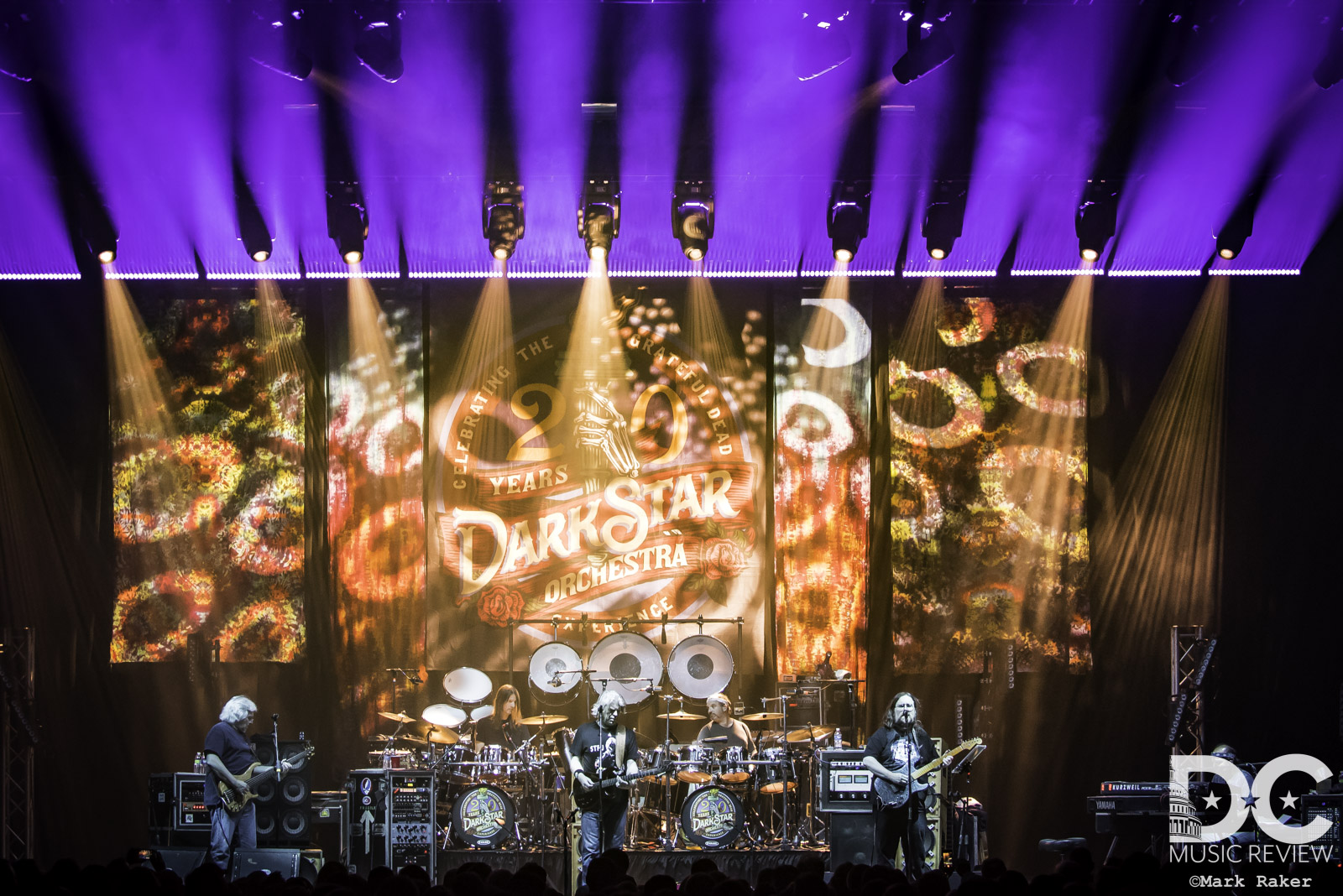 It was a stellar evening, much like June 14, 1991, the date of the Grateful Dead show which DSO recreated. On that June day in 1991 all three planets were visibly aligned in the sky over RFK Stadium.

DSO stepped out of character when they scheduled the show, announcing that they would recreate one of the more memorable Washington DC shows rather than keep the fans guessing and only announcing the date at the conclusion. Despite knowing the Grateful Dead Show to be played, or perhaps more likely because of it, this show was well represented with a huge number of Deadheads that were at that 1991 RFK show, as well as plenty of young Deadheads that were barely walking at that time or perhaps were not even born at the time of the original show. Twenty years of DSO, over 26 years since the RFK show, a beautiful new DC waterfront arena, and more than 3,000 fans all combined to make this evening one of DSO's largest indoor performances one with great vibes and plenty of room to dance.

This performance included a bonus encore that was not part of the original setlist; DSO left enough time at the end of the evening to have vocalist Lisa Mackey join the stage and take lead on another resounding Bob Dylan tune, “Everyone Must Get Stoned”.