Dark Star Remembers The Past with a 1973 RFK Show 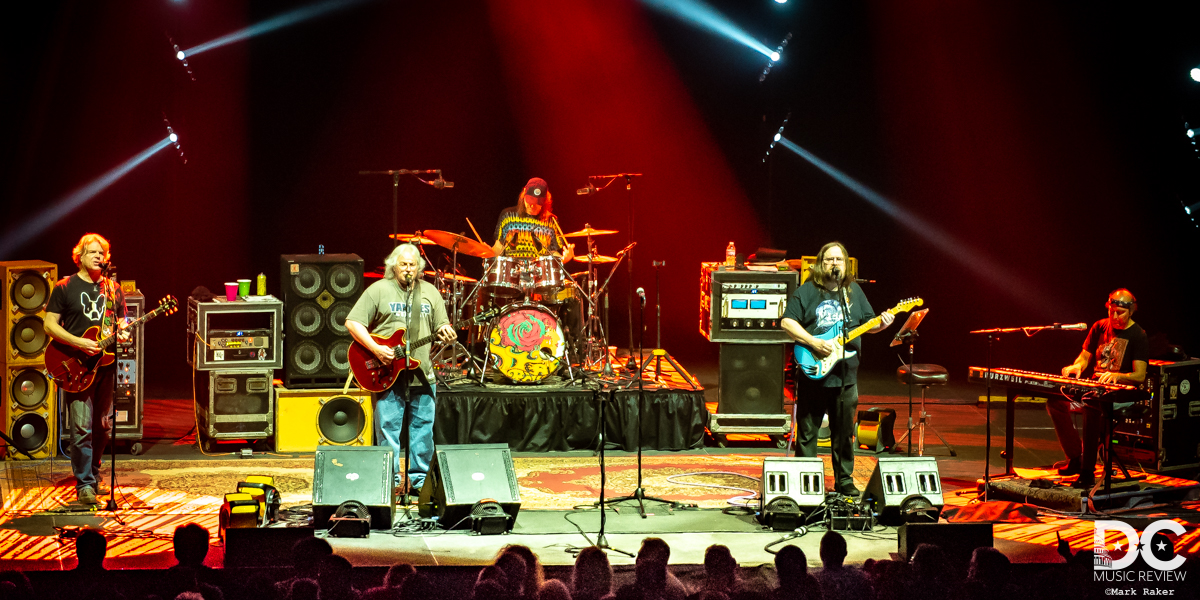 An eager crowd filled The Anthem on Saturday, December 1 for the return of Dark Star Orchestra (DSO) – the same venue that they had played almost exactly a year ago, when the venue was all but brand new.  It was a highly anticipated show, especially since the announcement that the band would recreate a historic show from D.C.'s own RFK Stadium and the crowd was the biggest turnout for a DSO indoor show.  Kicking off the first set with a Chuck Berry cover "Promised Land" and hitting it hard right after with "Deal", which seemed to be a crowd favorite, Deadheads were already trying to guess what show it was that we would be hearing for the evening. The venue was absolutely electric as the band went from one song to the next, including absolutely magnificent versions of some of, in my opinion, the Dead's best songs. "Mexicali Blues" "Sugaree" and "Tennessee Jed" were among those that were heard during the first set and the whispers of the RFK dates that originally were the show began circulating the crowd. That same crowd was ready for what was coming by the time it was figured out and many remembered it well as they attended the concert back in June of 1973.  It was a two-show run and the first night was what we were being treated to.

"Imagine it, 100 degrees.  100 degrees!" exclaimed keyboard player Rob Barraco, mentioning the conditions of the day that were in effect back then.  Quite a difference from the weather that happened this past go around as we kicked off the holiday season month. "El Paso" is a catchy tune that always seems to get the crowd swaying in tune and this installment was no exception. Fans sung along and seemed to be able to transport themselves back to that blazing hot day even if they never actually attended the event at the former home of the Washington Redskins.  Slowing it down a bit with "Sugaree," again the crowd swayed in complete euphoric harmony with the lyrics. Capping the first set off with a phenomenal version of "Tennessee Jed," the crowd was left eager for the next set. The buzz during the music break was reminiscent of times past seeing both the Dead and DSO as so many in the crowd could count the number of shows that they had attended by the dozens.

Returning strong with "Greatest Story Ever Told", the crowd awoke again and got right to feet moving and heads nodding along to the melodies.  "I Know You Rider", which DSO played flawlessly, has always been a tune capable of envoking some real power from attendees. The light show at a DSO show never disappoints and the marriage of that fact with the precision and high tech capabilities of the venue itself, were a recipe for amazement. The views from each of the floors in the venue were mesmerizing and just kept improving the higher you climbed. Songs like "Truckin" are always good for the folks who might not be as familiar with the genre of jam bands and playing that seemed to make the entire place shake.   Another hit that was played to perfection in a bit of a funky, slowed down and soulful way, got everyone to feel the flow of the evening as "Mississippi Half Step" got its moment in the spotlight.

It was a truly great way to spend a Saturday night, celebrating not only musical history, but also incorporating a piece of D.C. into it was a delight and no one wanted the evening to end.  Exiting the venue, those that knew in advance about the free after party concert at nearby Union Stage celebrated that fact eager for more, while others were perfectly happy ending the evening right then and there after a mystical ride on the DSO train.