Dead & Company Deliver at Capital One Arena in Washington DC 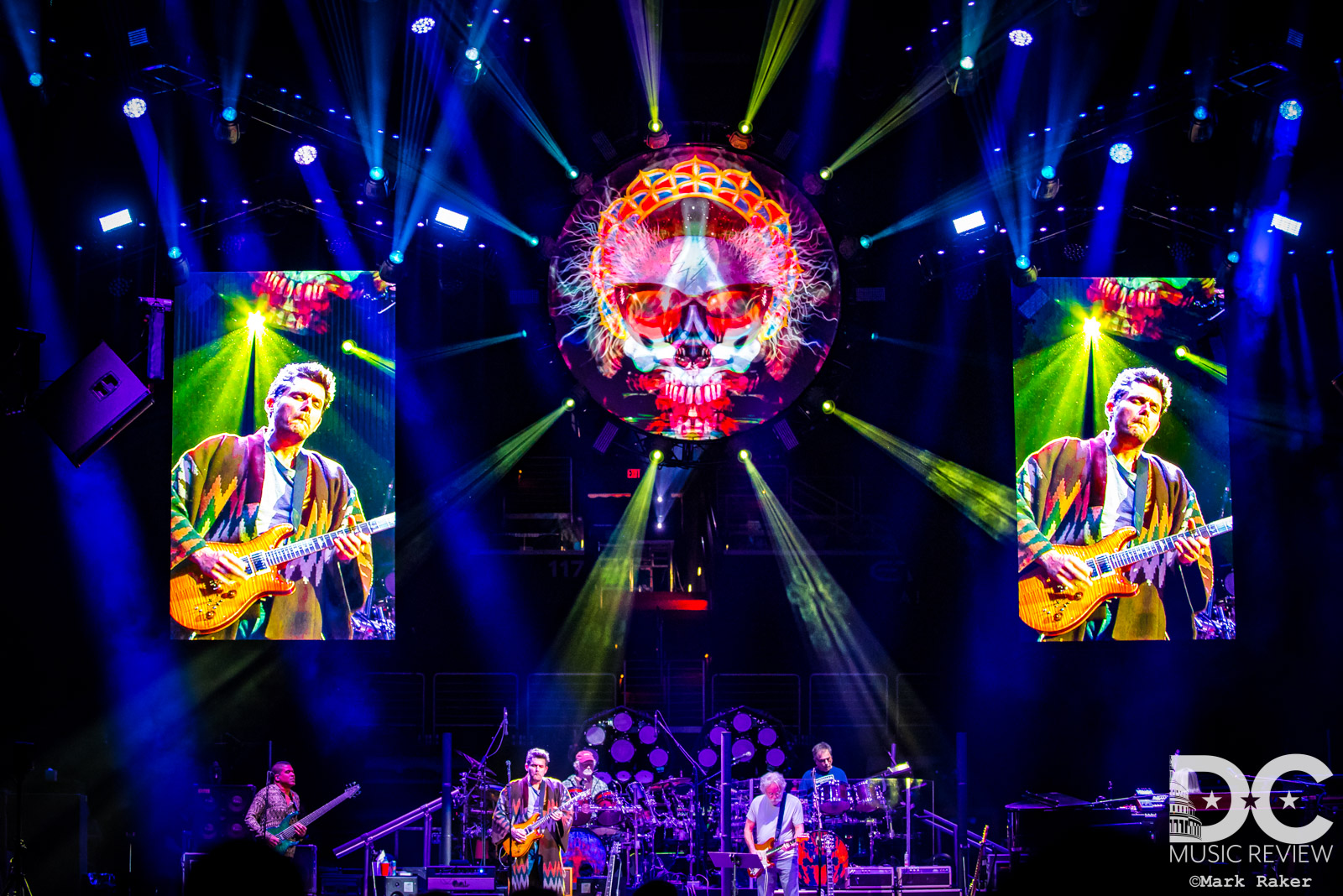 Last time Dead & Company visited the Capital One Arena, it was November 6th, 2015.  The band had just gotten back together and the DC stop was only 4 days into their celebrated return to the stage for the Fare Thee Well performances.  Two years on and so many roads since their 2015 performances Bob Weir (guitar, vocals), Mickey Hart (percussion), Billy Kreutzman (drums), John Mayer (guitar, vocals), Oteil Burbridge (bass, vocals), and Jeff Chimenti (keyboards) have returned once again to the nation's capital.

Fans from the local area and as far as southern Virginia made the pilgrimage to   downtown Washington DC.  Prior to the show, fans milled about the venue and surrounding streets catching drinks and a pre-show meal.   Some fans had followed the tour from its official opening night on November 12th, at Madison Square Garden in New York City.  While fans exchanged tales of the current tour, the question on everyone's mind was "Where is Shakedown Street?"  In 2015, a nearby parking lot had transformed into the usual festive and colorful Shakedown Street.  However, with the development of urban renewal, that parking lot is now a high-rise apartment building.  Finding a large vacant lot to hold the 2017 Shakedown Street proved difficult and elusive.  A little of the festive atmosphere of a Dead & Company tour was lost.  That did not deter the dedicated, as they were happy to congregate in front of the arena, as vendors discretely sold t-shirts, pins, necklaces, and crystals.

It was a truly joyous atmosphere in the arena, as the audience greeted "their band" back to Washington DC.  You seldom find a "casual Deadhead" and when the Dead & Company comes to town, it's the same euphoria of being a kid when the circus is in town.

The night's show contained many classic songs from the Grateful Dead's repetoire with no covers. Highlights of the fist set included an audience sing along to "Bertha"; Oteil Burbridge and John Mayer sharing lyrics on "Ship of Fools"; a loose, flowing, and jam-filled "Cassidy"; and a bluesy and energetic "Deal", with blues licks inserted by John Mayer and a chirpy performance by Jeff Chimenti on keys.  By the time the "Deal" ended, the entire audience was electrified and could not wait for the second set.  The second set kicked off with a Blues for Allah trifecta of "Help On The Way”, “Slipknot!”, and “Franklin’s Tower".  During the second set, Bob Weir seemed focused, while Oteil Burbridge looked ever ecstatic, enjoying himself, and dancing with a smile on his face.  The evening concluded with "Throwing Stones", a song Bob Weir always likes to perform when he comes within 30 miles of Washington DC, and delivered a vocal snarl as he sang key lyrics of the song.  The evening concluded with an upbeat "Touch Of Grey".