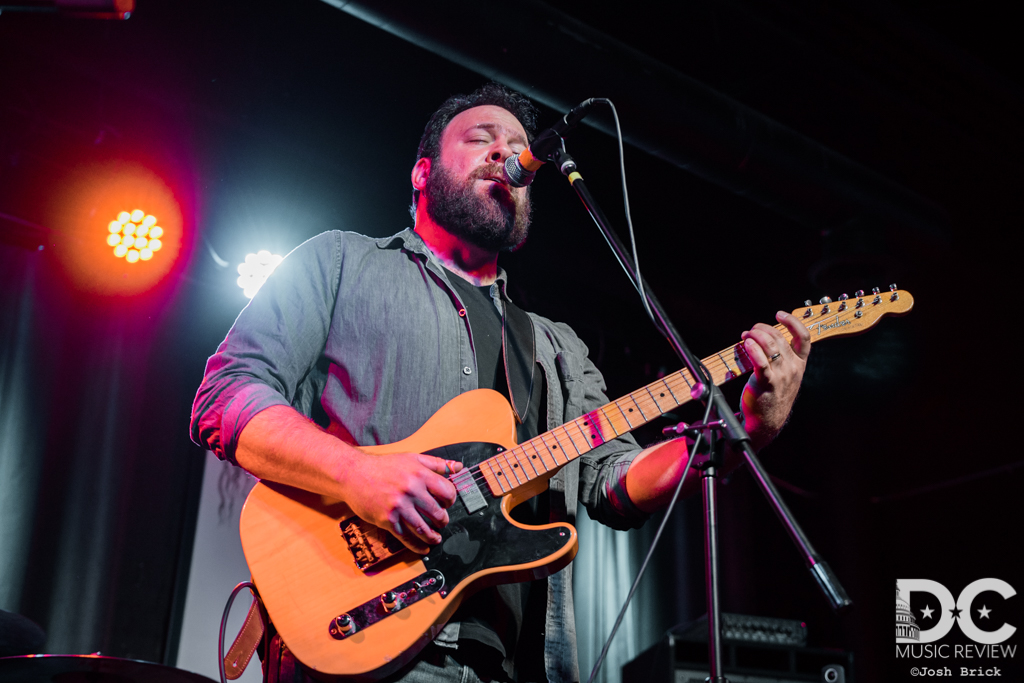 Cris Jacobs performed a solo set on Monday night at Gypsy Sally's, opening the show for Dumpstaphunk. Jacobs brought out a slew of covers, including a moving rendition of Bind Willie Johnson's, "Lord I Just Can't Keep from Crying Sometimes," into a speedy version of the Grateful Dead classic, "Samson & Delilah."

Ivan Neville of Dumpstaphunk joined him for the last two songs and they treated the crowd to one they wrote together called "City Rain" (as far as we can tell) as part of an album they made but haven't released yet. No update yet as to when that album will be released, but Cris said they can't wait to get it out.

So keep an eye out for that album announcement and in the meantime you can check out video of "City Rain," shot by Sandi Redman with audio by Urquhart Audiovisuals,  full set audio, and photos by Josh Brick Graphics below. And don't miss "A Very Jerry Christmas featuring Cris Jacobs and Friends" on December 21st at Gypsy Sally's.

* with Ivan Neville on keys