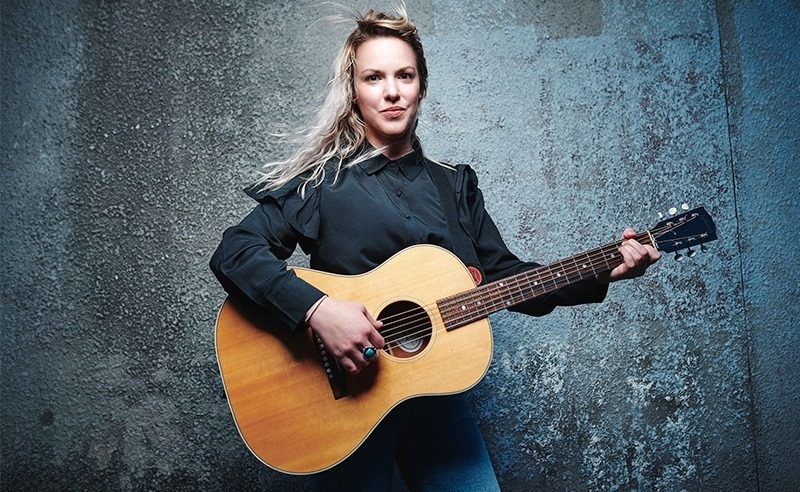 Calve evolkes Patty Griffin’s dynamic voice, Bonnie Raitt’s smoky aura, and Ben Harper’s unique slide style. Her compositions find their ground in the sounds of blues and Americana, guitar and lap steel, but their strength lies in how they go beyond tradition into innovative melodies, structures and arrangements that define their originality.  Calve recently released “Better Angels” off her upcoming Wildfire EP, out June 23, a song that was originally inspired by Abraham Lincoln’s inaugural address on the eve of the Civil War but has now found an overwhelming new meaning to Calve in the face of the current pandemic.

She created a special tribute video to honor some of the front line workers in her DMV community helping in the fight against the virus.

Broadcasted live from the artists’ living room, this show is part of Sixth & I Historic Synagogue's new weekly concert series designed to shine a spotlight on the best local talent. Stream this set for free on our Facebook page and stay tuned as we announce more Living Room Sessions.

Be sure to see Calve perform at 4 PM later today.  For more information, please see the Facebook Event or RSVP to the event on Sixth & I's Event Page.