El Ten Eleven Performs To A Sold Out Union Stage As This Group Shines Brightly! 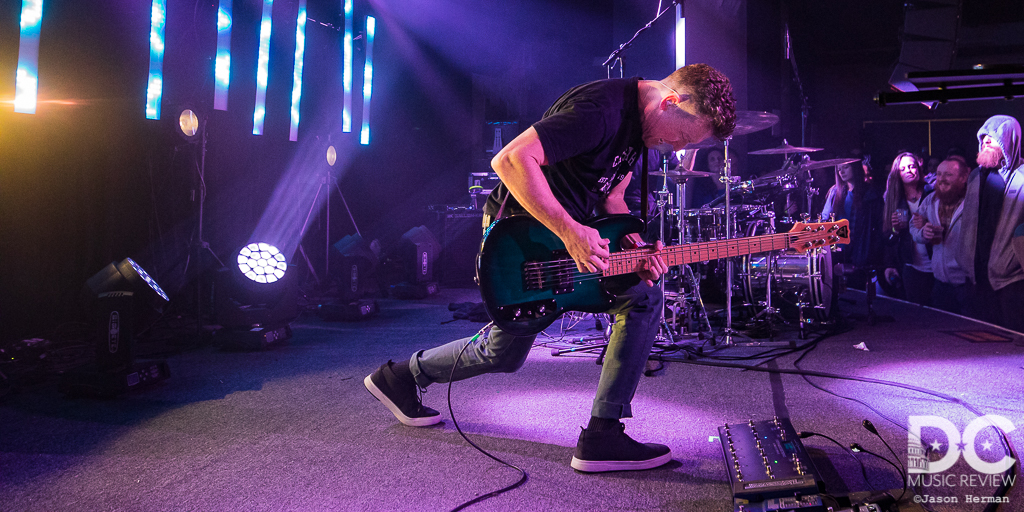 Despite hailing from the other side of the country, the instrumental rock duo El Ten Eleven are no strangers to DC. Having played the Black Cat numerous times over the years, their most recent visit took them to Union Stage at the Wharf on February 2, a particularly busy Saturday night as their show went up against the likes of jam scene favorites Greensky Bluegrass at the Anthem.

Although there was a big draw at the opposite end of the Wharf (not that there is too much overlap between these two tribes of fans), El Ten Eleven was still warmly greeted by an at-capacity crowd The fact that this band is a duo (Kristian Dunn on guitar/bass and Tim Fogarty on drums) belies their sound – listening to their albums sight unseen would lead one to believe that there are at least four or five members in the band, and their most recent release, Banker’s Hill, makes no effort to dispel these notions.

This adds a unique element to the El Ten Eleven live experience – how exactly are these two guys going to pull off this sound live with no additional musicians or any backing tracks as accompaniment? The band has always and proudly shirked any such support throughout their career.

They have also had 17 years to perfect answering the above question, and after openers Joan of Arc bid the crowd goodnight, no time was wasted in getting to that answer. The stage was set with an arsenal of guitars (including double neck bass/guitars and fretless basses), a wide array of effects pedals, and a drum kit equipped with MIDI triggers.

The lights dropped and an impressive synchronized light show ignited behind the band as they kicked off their set with the Banker’s Hill track “Phenomenal Problems.” And from there we were off. It is difficult to convey in text how clearly talented these guys are. While manipulating what seems to audience members as an impossible array of sounds, rhythms, and loops through an equally impossible amount of equipment for just two men, they also had no problems engaging and holding the crowd’s attention. Even if one did not like the music (and given the state of the crowd, that was a highly unlikely scenario), watching the guys juggle everything is a feat worth the price of admission itself.

The band took the audience on a full journey of their career throughout there 13 song set, opening with the new and closing with “Connie,” a song from their eponymous first album At no point between the set’s opening and closing notes did the energy in the crowd dip.

“It’s good to look out on a sea of faces,” Dunn said at one point, making it clear that there are no pretensions or entitlement in this band – they have worked hard to cultivate their audience, and the flattery of the increasing turnout throughout the years is not lost on them.

Do yourself a favor and be part of that increasing turnout the next time El Ten Eleven visits the DMV.