Everyone Orchestra performs late into the morning at Gypsy Sally’s 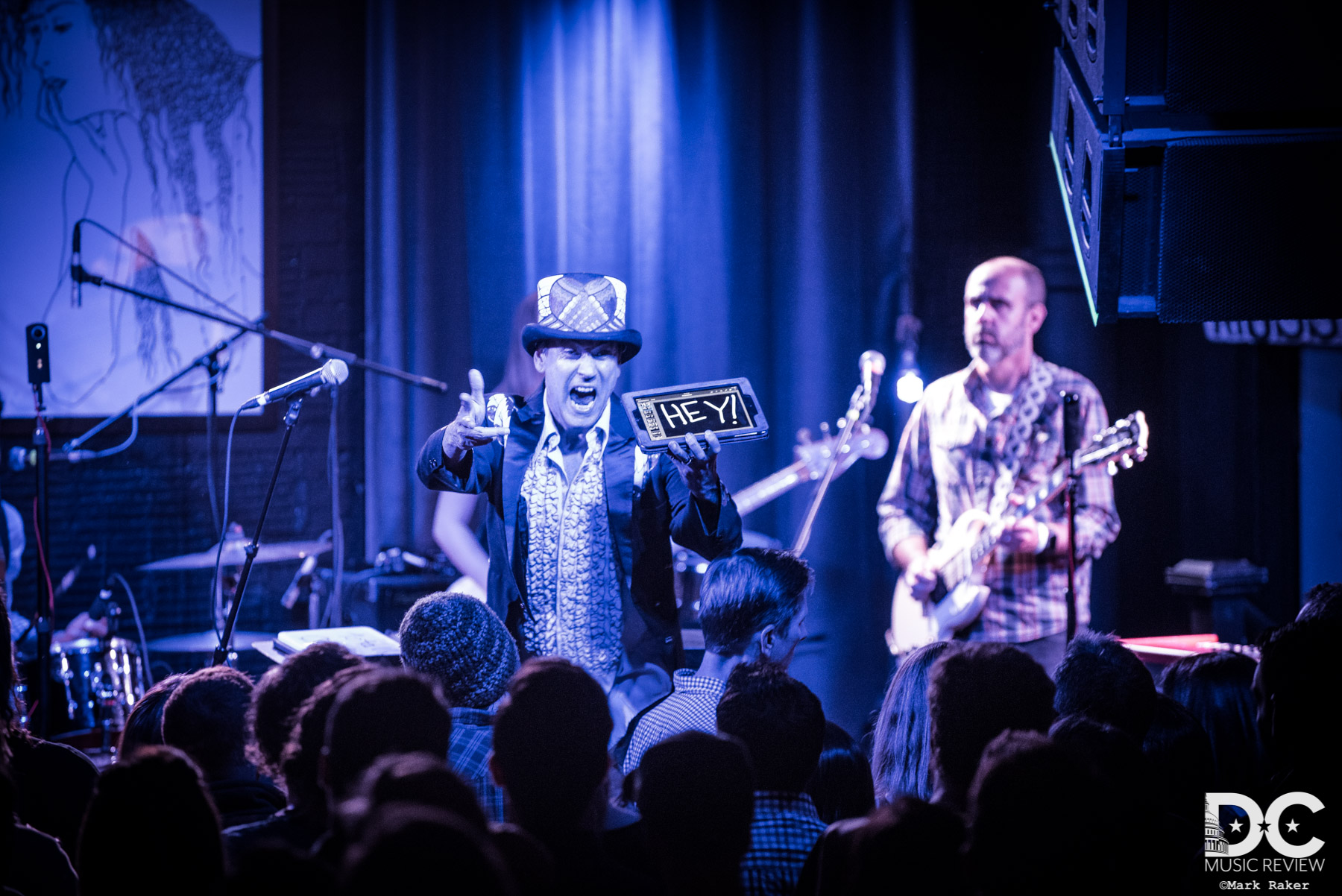 Everyone Orchestra came to Gypsy Sally's in Washington DC on November 11th to perform new music no audience has ever heard before. Why had no one ever heard their music before? Because Everyone Orchestra is conducted by Matt Butler, who along with his colorful top hat and conductor attire, brings together world class musicians and leads them in a journey of improvisation, partnership and collaboration.

Being a musician takes incredible talent and dedication, and a musician’s ability to perform a song live and improvise along the way makes audience members take note of the performance. Furthermore, writing and performing a song that lends itself to a jam and extended improvisations - and and keeping the music fresh night after night - are talents that few bands and musicians in the world possess. Witnessing a musician who can seamlessly create world class music out of the ether is something that legendary moments and concerts are made of. Matt Butler criss-crosses the country, constantly assembling musicians who can to do just that: create legendary, unique music performances that may never be repeated again. On this particular night at Gypsy Sally’s, these musicians gathered under Butler's conducting and created magical moments. As Butler would tell the audience throughout the evening, “Making songs up on the spot!”

There is some structure to each song that Everyone Orchestra performs. A single musician is typically called upon to take the instrumental lead, some easily digestible lyrics are developed, and refrains are created. For each song, Butler “conducts” the assembled musicians and audience members, using his hands as batons and note boards to pull rhythm and collaboration between all the musicians at his disposal. What also makes the Everyone Orchestra unique is that Butler uses the audience as a collaborative component of the performance, as Butler will instruct the audience to participate in song refrains.

Throughout this performance musicians would quietly talk to each other between songs, complimenting one another on a unique moment in the musical landscape. In particular, Al Schnier and Aaron Manger would collaborate on some blistering moments within footsteps of one another. If an audience member were to read lips, you could hear the musicians say, “You were great!”, “No, you were!”, and “Where did that riff come from?”

Following a set break, and as Everyone Orchestra returned to the stage, Butler carried a clipboard saying “End of Half Time”. The first half was enjoyable to audience members and musical collaborators alike, but the second half of this event made the first half feel like a warm up. Butler immediately led the band into a ska genre song. Halfway into the ska song, saxophonist Rainy stood wide-eyed, gazing in amazement of the performance taking place in front of him. Other highlights of the night included performances that evoked the feeling Led Zeppelin, as one could hear the influence of “Whole Lotta Love” in one particular song, only to then be followed by a soulful vocal performance by Cressman.

One memorable moment for the Washington, DC music community was Stephane Detchou, singer and guitarist for opening act AZTEC SUN, a locally-based band, being called up to the stage. For two performances, AZTEC SUN would open up for Everyone Orchestra. So impressed were members of Everyone Orchestra with their opening band that Alan Evans joined AZTEC SUN earlier in the night during their song “Revolution (The People Will Rise Again)”. Now Detchou would be called on and “conducted” by Butler. Detchou started out singing, “I'm feeling good, I'm feeling funky down to my ruby shoes. Feeling Good... feeling so good!”

Fellow collaborators would echo and intertwine with Detchou’s opening lyrics. At one point during the song, there was an oscillation between Detchou and Schnier, as Detchou would sing and Schnier would echo back and mimic Detchou's vocal expressions with his guitar. All the while, you could spot members of AZTEC SUN recording the moment on their phones, standing in stunned silence and amazement as one of their own was collaborating with musical powerhouses. As Detchou left the stage, music continued to play well into the evening as the clock first struck midnight, then 1 AM. By 1:45 AM, the vast majority of the audience was still in attendance, hanging on every note. Throughout the course of the headliner’s sets, members of AZTEC SUN were sprinkled throughout the venue celebrating a very memorable night of collaborations.

No matter where musical journey will take the musicians and the audience, Butler helps conduct musical moments that, despite only involving a specific group of collaborators for one night, nevertheless leave a lasting impression in the memories of everyone present at the performance.

As a preview of our upcoming review of AZTEC SUN's opening performance, we wanted to include their performances audio.

Included is the guest sit-in by Alan Evans of Soulive.