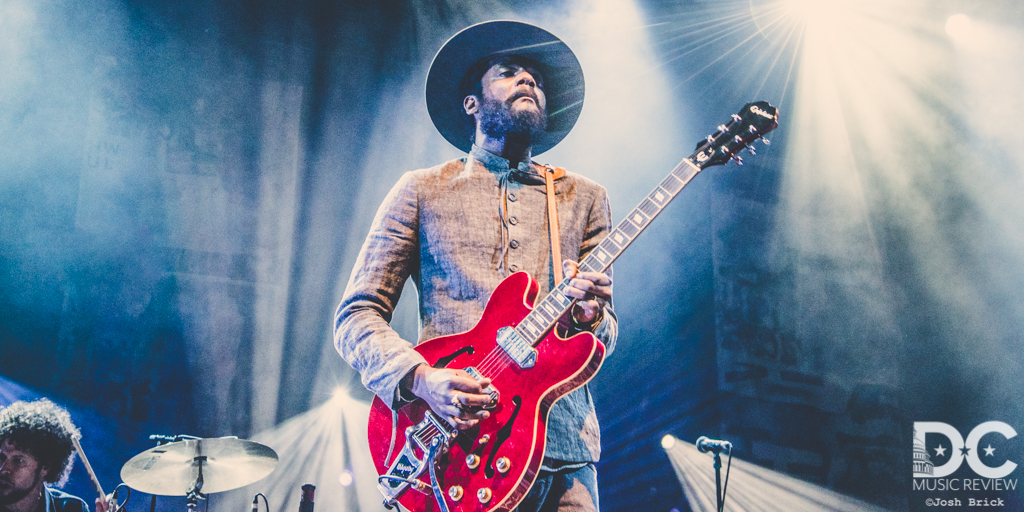 Guitar hero Gary Clark Jr. made his anticipated Anthem debut on Saturday, March 30 for a packed crowd on a beautiful spring day in DC. The 35-year-old Texan is in the midst of a world-tour in support of his recent release, This Land, an edgy yet versatile album that marks yet another big step in his blossoming career. Clark opened the show with "Bright Lights," arguably his signature song that helped propel him to stardom with a jaw-dropping performance at Eric Clapton's Crossroads Festival in 2010. From there, the guitar virtuoso focused on new material throughout most of the evening, mixing in a few covers including "Catfish Blues" and a rocking encore rendition of The Beatles' "Come Together." Big things are in store for Clark in 2019 who continues his tour with a trio of shows at The Ryman this weekend before embarking on a short Australian tour. He is booked for several festivals in May before a heading to Europe for a handful of dates. Don't miss him if he comes to your town as he is one of the hottest acts on tour!