Head For The Hills Heads Back Our Way 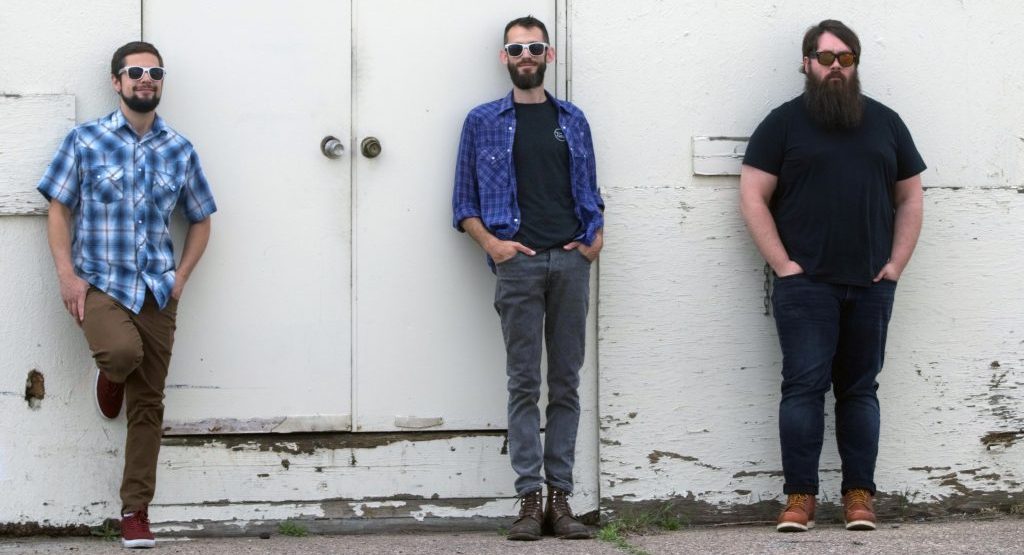 After just releasing their new EP March 22nd Say Your Mind, which they recorded at Swingfingers Studios in Fort Collins, Colorado, the band makes a return to the DC area with a show Wednesday, April 3 at The State Theatre in Falls Church.   The guys took some time to talk about what's new and what's the same (they've been together for a decade and a half!) and what they're excited about ahead of the show and the coming summer months.

Karin McLaughlin: 15 years is a long time to be together as a band and a lot can change over that long - what's the biggest similarity and difference between now and then as a band (the process, the dynamics, the shows, anything)

​Matt Loewen: Our new music features drums and percussion as well as other textures—that’d be the largest and most obvious difference. What’s interesting to me though is how much we’ve maintained the same approach and thought process over time in relation to songwriting. We’ve grown, the live show has evolved and certainly we’ve progressed as songwriters, arrangers, and musicians but the core of it remains the same. We treat each song individually and try to serve that story as well as we can. ​For the new album they added drummer Darren Garvey of Elephant Revival as well as vocalist Kim Dawson, dobroist Todd Livingston, a horn section and more to the mix to really change up the sound to make things fresh again.  The group of three that consists of Adam Kinghorn​ (guitar/vocals) Joe Lessard (violin) and Matt Loewen (bass) have been playing together since the days of the dorm room where they first got together and worked their way up playing everything from road houses and clubs to festivals that artists in the same genre put high on their bucket list like Telluride and Northwest String Summit.

KM: The band has played a lot of festivals over the years and I'm sure met a lot of people and bands that are also there performing and attending. Any connections or experiences that have majorly changed or influenced the trajectory of the band?

​ML: The Telluride Bluegrass Festival always loomed large for us, we attended as fans for years—Adam in particular had been a long time attendee. When we got tapped to play the main stage it was a big moment for the band, something we’ll always treasure and so important to the evolution of Head for the Hills.

Their website describes the material in the newest release as reflecting ​"both the turbulent social rhythms of our current era and more timeless moments of joy, growth, and change—think #MeToo, the current body politic, and inequality, but also relationships, fatherhood and growing up."  Listening to the tracks, there are some clear references to all those ideals and much more.

KM: The new album has some very breakup/need to be on my own vibes to it - anything to that?

​Joe Lessard: Interesting! Neither of the primary songwriters have been experiencing any relationship turmoil, at least not that I knew of! You're making me think I need to take a closer look at the lyrical content here (laughs).  But seriously, those themes are present here, but more as overarching concepts than literal references to our own stories, if that makes sense. It's always cool as a songwriter to hear what a listener picks up on that we didn't even necessarily intend.

​KM: "If this is progress, I ain't too sure" Can you speak to those lyrics? I feel as though they could be applied to so much that is going on right now but wonder the relation to the title of the track "I Am the Problem"

​JL: This song definitely ended up becoming a study of contemporary issues, as did the EP's final track, "Can't Stay This Way For Long." The lyrics you quoted are part of a narrative that's examining modern gender roles and toxic male-ness through the lens of a relationship, but that line really could apply to so many things. That may be what you were picking up on in the previous question, but, if anything, this song reflects an attempt to break up with our most problematic tendencies. Or at least to face them head-on by being willing to admit that we are part of the problem, and hopefully some small change can stem from that. Also, it's just a super fun, light-hearted song! (laughs).

KM: What's coming up for summer 2019 that the band is really looking forward to?

ML: We’re getting really excited for the 15th Anniversary of Pickin on the Poudre, our annual opening weekend concert at the world famous Mishawaka Amphitheater. After all these years it remains a pinnacle of the season!

Be sure you ​grab tickets for the show this Wednesday at The State Theatre and see where else the band is playing on their tour here​.