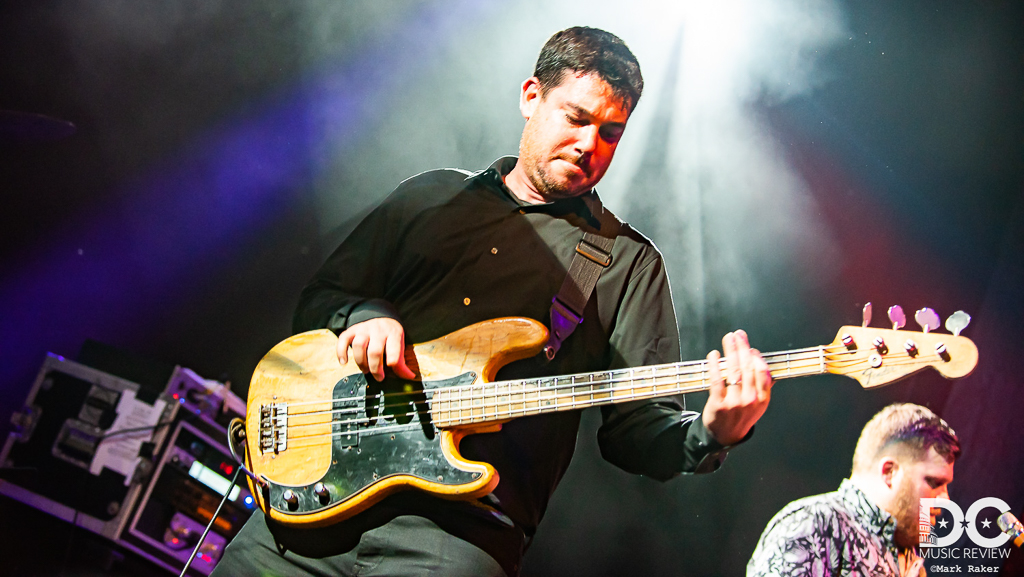 Last Friday, on September 7, Giant Panda Guerilla Dub Squad brought their authentic roots reggae to DC's Hamilton stage, filling the dance floor with their enthusiastic local fans.  With six studio albums behind them, their last, Make It Better, released in 2016 reached #1 on the Billboard Reggae Chart. As good as their studio albums are, their live shows showcase strong talent rooted in tight island rhythms and jamband influence.

Formed in Rochester NY, in 2001, James Searl, bassist/vocalist proudly reflects that their #1 album "was a great release artistically. It uniquely sounds the most progressive of anything we have ever done."  and they showcased that at The Hamilton. In addition to Searl, the bands lineup includes Chris O’Brian on drums, Dylan Savage on guitar, Dan Keller on guitar, and Tony Gallicchio on keys.

The GPBDS was preceded by two openers, The Movement, and Roots Of A Rebellion, both of which not only served to warm up an already grooving crowd but thoroughly entertained and jammed in their own right.