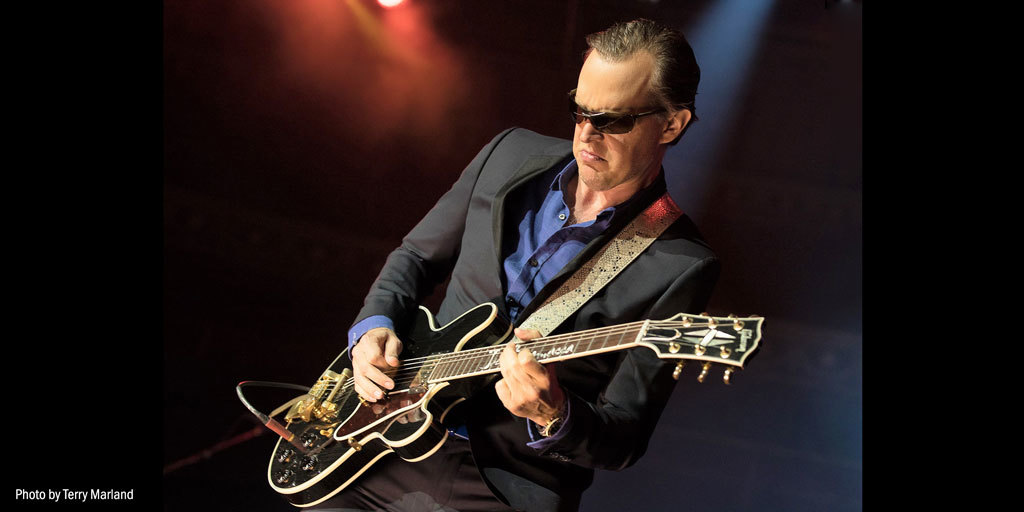 Bonamassa is one of today’s top live performers and his enthusiastic shows are one of the biggest parts of his career, and a favorite for music lovers worldwide. Hailed internationally as one of the greatest guitar players of his generation, Bonamassa has almost single-handedly redefined the blues-rock genre and brought it into the mainstream. He’s on the road about 200 days out of the year, and when he’s not on stage, he’s fully committed to crafting the most intricate, diversified new music to share with his dedicated audiences and fans.

In 2018, Bonamassa achieved his 21st #1 album on the Billboard Blues Chart, with Redemption, his most ambitious, barrier-breaking studio album yet. With over 30 albums to his credit, including studio and live recordings, collaborative albums with blues sensation Beth Hart, and side projects Black Country Communion and Rock Candy Funk Party, the guitar sensation somehow always finds ways to reinvent his artistry.

Earlier this year, Bonamassa also became the host of a new weekly show on SiriusXM’s Bluesville. The show, Different Shades of Blue with Joe Bonamassa, explores all aspects of the blues music genre like never before and has Bonamassa curating his favorite blues songs with an eclectic mix of everything from legendary classics to historical deep cuts and modern hits, airing 6 pm ET every Monday on SiriusXM channel 74.

A prolific writer who is always on the hunt to expand his eclectic musical horizons and develop new ways to interact with fans, Bonamassa has a limitless work ethic whether it’s in the studio, on the road, or working with other artists to spur new music. This year on the road, audiences see Bonamassa at his ultimate creative peak as an artist, and with these new tour additions, his fire is unstoppable. With a vast, unparalleled catalog of music under his belt, this tour promises to be Bonamassa’s best.

The Theater at MGM National Harbor