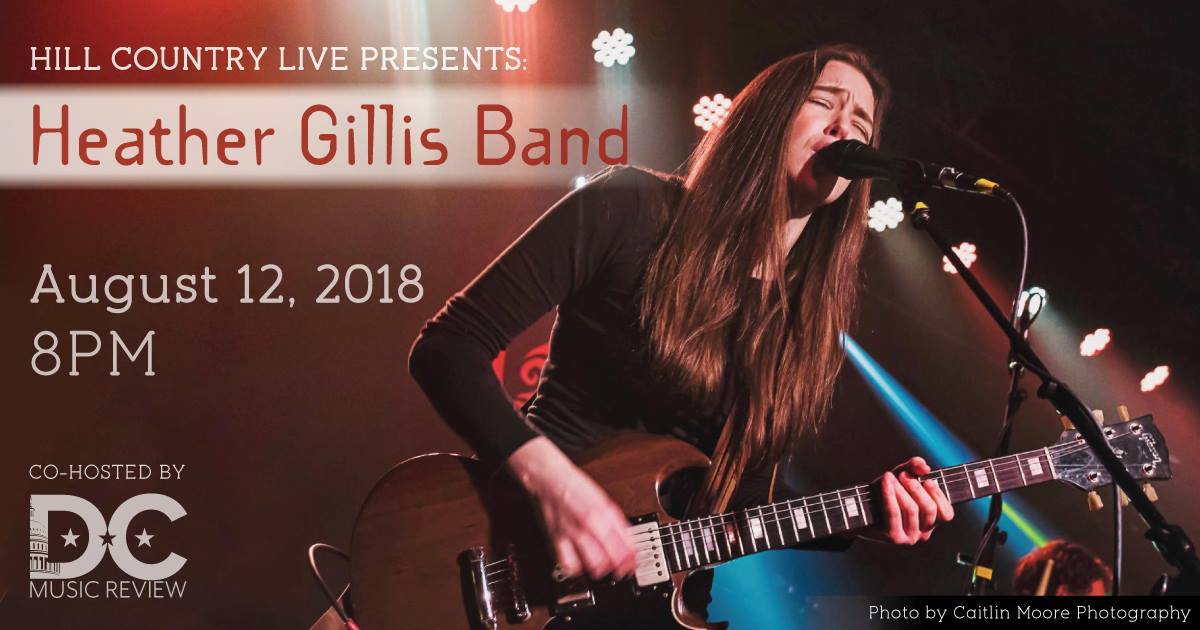 The Heather Gillis Band is one of the most explosive acts to hit the music scene in recent years and DC is lucky to host them next month at Hill Country Barbecue DC. At just 23, the Florida native is spreading soul and rock ’n roll with a deep and passionate voice that transcends her years.  Heather Gillis has played with legends including Rock & Roll Hall of Fame drummer Butch Trucks of The Allman Brothers Band, who served as one of her mentors. The Heather Gillis band is the complete package. Heather Gillis is an exquisite guitar and lap steel player, as well as a profound singer-songwriter and arranger. Not only have they garnered a devoted local following, but they have endeared themselves to the fans of those that influenced them along the way including The Allman Brothers Band, Col Bruce Hampton, The Lee Boys, North Mississippi All-Stars, as she’s both befriended and played alongside these established and beloved musicians.

With shows comprised of old favorites and originals, The Heather Gillis Band is an act you must experience live, as Gillis performs with her entire being, overflowing with talent and energetic passion.

Gillis is carrying on the legacy her inspirations and friends began. She is the future of soul/blues music and a force to reckoned with. Keep the weekend going with the power of music and treat yourself to a night of good old southern rock with a powerful perfomance that includes blistering guitar solos and commanding vocals at Hill Country Barbecue when The Heather Gillis Band takes the stage on August 12.

This act does not make it up to the DMV Region often so you don't want to miss them! DC Music Review, in fact, believes so strongly in the talent of the Heather Gillis Band that this upcoming appearance the first performance that we have co-hosted with a venue.

Here is a small taste of what lies in store for you when you see the Heather Gillis Band at Hill Country Live.

For even more information about the Heather Gillis Band, be sure to check out their Webpage, Facebook Page, YouTube Page, and Soundcloud Page.