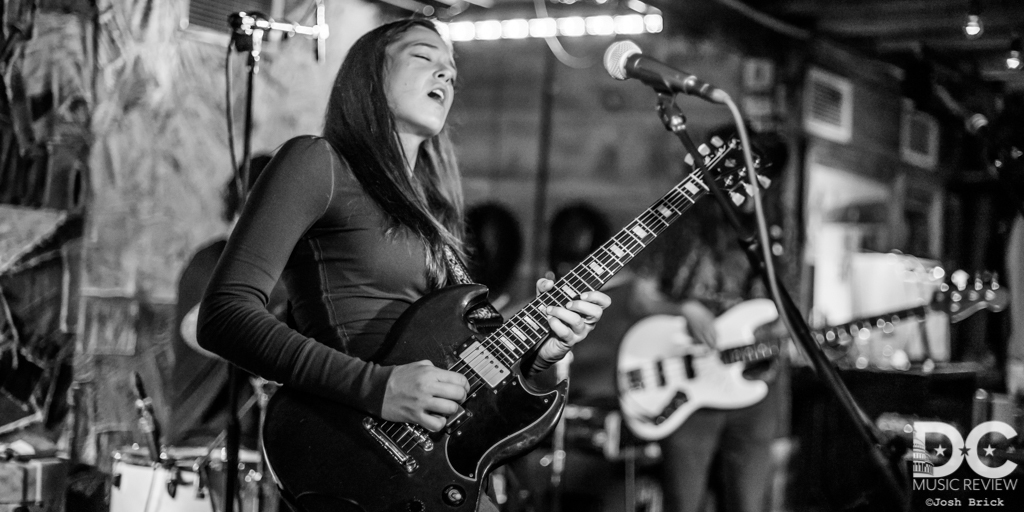 The Heather Gillis Band played an intimate show at Hill Country Live in Washington, DC on Sunday, August 12. Hailing from Atlanta, GA, the band is fronted by the formidable singer, songwriter and guitar player, Heather Gillis - formerly of Butch Trucks and the Freight Train Band (2015-2017). Gillis and her band put on a nearly two-hour set that included sounds from multiple genres including rock and roll, blues, funk, jam and psychedelic exploration.

Gillis' band features Evan Sarver (bass), Dallas Dawson (drums), Spencer Pope (organ) and newly-acquired Jimmy Rector (percussion) providing tight grooves, powerful beats and a knack for extended, experimental jams. The set included mostly originals including 'Iced Tea,' 'First Train' and 'Quick And the Dead' - dubbed by Gillis as her "outlaw song." The tune featured a slow-burning groove with some impressive vocals from Gillis as she wailed on the electric slide. A guitarist at heart, Gillis displayed her chops on a variety of axes including a Fender, Paul Reed Smith and Gibson - sometimes with a bit of delay or a wah effect. On 'Gonna Be a Storm,' she requested a chair from the audience before donning a lap steel guitar for the moody tune. Near the end of the set, the band let loose on 'Be Alright' that turned into a 20-minute jam. Gillis let her bandmates show the fans what they can do, starting with an impressive bass solo by Sarver, supplemented by Dawson and Rector on percussion - eventually morphing into an all out 'National Anthem' Radiohead jam.

The band was in exceptional form and brought a full sound to the basement room under Hill Country Barbecue. Smiles filled the stage and it was clear the band was feeling it on this night. At the age of 23, the only way is up for the ultra-talented Gillis and her well-suited band.