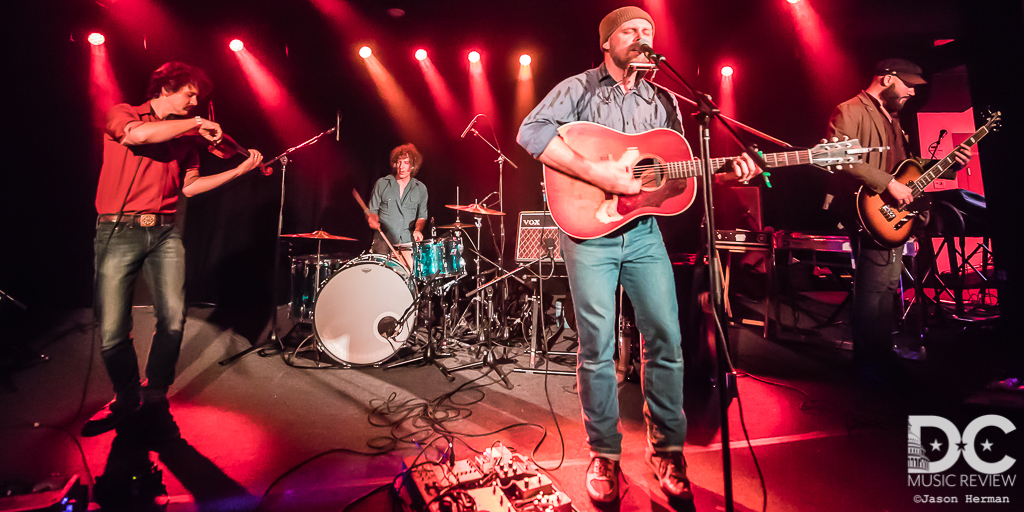 Now with six albums under their belt, Horse Feathers are boasting a new sound that will likely attract a new group of fans. With tracks that are more upbeat and rhythmic, Horse Feathers are straying from their classically sweet string-dominated tunes with their latest album release Appreciation in favor of heavier percussion and faster paced songs.

As though to show this shift, the band walked out to a harmonious blend of string instruments before immediately launching into “Without Applause,” a song that is sharper and more upbeat than their earlier tracks, such as “Helen,” which was played a few songs down the line. The latter track is a masterfully melancholy tune from one of the band’s earlier albums. Dominated by strings and Ringle’s soft and passionate crooning, mid-2000s Horse Feathers is reminiscent of Iron & Wine, while their modern take has evolved into a blend of Alex Clare and David Grey.

"With tracks that are more upbeat and rhythmic, Horse Feathers are straying from their classically sweet string-dominated tunes in their latest album release 'Appreciation' in favor of heavier percussion and faster paced… Click To Tweet

Horse Feathers were excited to play DC, although Ringle described the Wharf as “weird,” noting it as a superb spot to people watch (he’s not wrong). When they weren’t playing songs off the setlist, the band engaged in mini jam sessions between tracks, never allowing for a dull moment. They played to an enthusiastic crowd who cheered happily whenever they heard an old favorite. Even when a string snapped and a capo was dropped halfway through the second song, the band pushed through and fans cheered them on supportively. In contrast to Horse Feathers's symphonic and diverse set of instruments and voices, opening act Twain took the stage solo, brandishing only his guitar. Donning a 9:30 Club t-shirt, Twain played a too-short set comprised of old tracks and those off his April 2018 release December 6~12, 2016. Reminiscent of a folksy Brandon Flowers, Twain possesses enough raw talent to headline his own shows.

With an enchanting range of powerfully sweet high notes, Twain projected a simple yet prominent presence. A skilled guitarist, Twain played with a breathless urgency that rippled through his entire being. In between songs Twain chatted briefly with the crowd, showcasing his dark yet realistic sense of humor about technology and the breaching of privacy.

Twain's songs played like stories with him as the ultimate storyteller. With tracks like “Possession” and “Old Blue,” Twain captivated his audience with narrative and detailed lyrics amidst a calming aura. Although he’d been on tour in Europe previously, DC was Twain’s first show with Horse Feathers, whom he described as “cool.” He said that on the road, the bands talked about luck and generosity, specifically with regard to auto failure. And on that vague note, Twain dedicated one of his final songs to his 1998 Honda Odyssey before bolting to NYC, leaving without a trace.

" A skilled guitarist, Twain played with a breathless urgency that rippled through his entire being.＂ Click To Tweet

In comparison to the stoic Twain, Horse Feathers played with an energized drama that had the room dancing. When they took the pace down for crowd-favorite “Curs in the Weeds,” Ringle softened his vocals to let the melancholy violin take the lead. Commanding attention, even the most social of concertgoers ceased conversations to fully absorb and appreciate the chilling track. Horse Feathers are a diverse and talented band that play a wide range of songs for a dedicated audience whom they clearly treasure. The show felt intimate despite the crowded space, but we expect that with such a bold new sound, Horse Feathers will likely be playing larger venues soon. However, their friendly banter and string forward sounds will always lend their shows to be a personalized and intimate experience.

Horse Feathers and Twain both continue to tour throughout the US this summer, so make sure to check them out if you get the chance.

Click here to see the setlist for Horse Feathers' performance at Union Stage on June 6, 2018 Horse Feathers is touring in support of their latest album, Appreciation, released May of 2018.