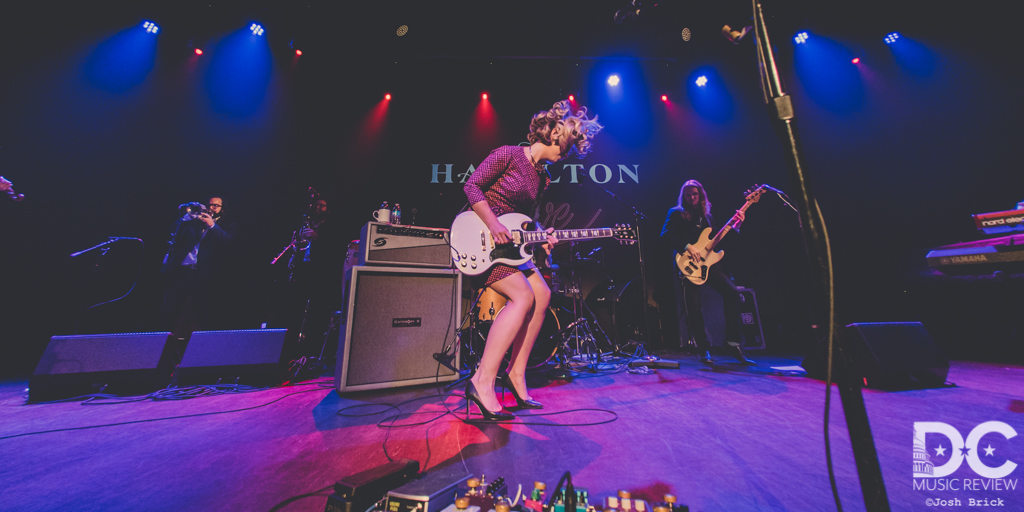 Samantha Fish came to The Hamilton last Wednesday, June 6, for a rocking, sold-out show with The Ron Holloway Band opening up. The show prominently featured numerous songs from Fish's latest albums, Belle of the West and Chills & Fever, both released in 2017 making that a big year for her. The energetic crowd was thrilled by Fish and her 7-piece band as the blues virtuoso ripped through each song, finishing with an encore on her unique cigar box guitar.

Check out the set list below, as well as photos from the night, and audio of The Ron Holloway Band's opening set.