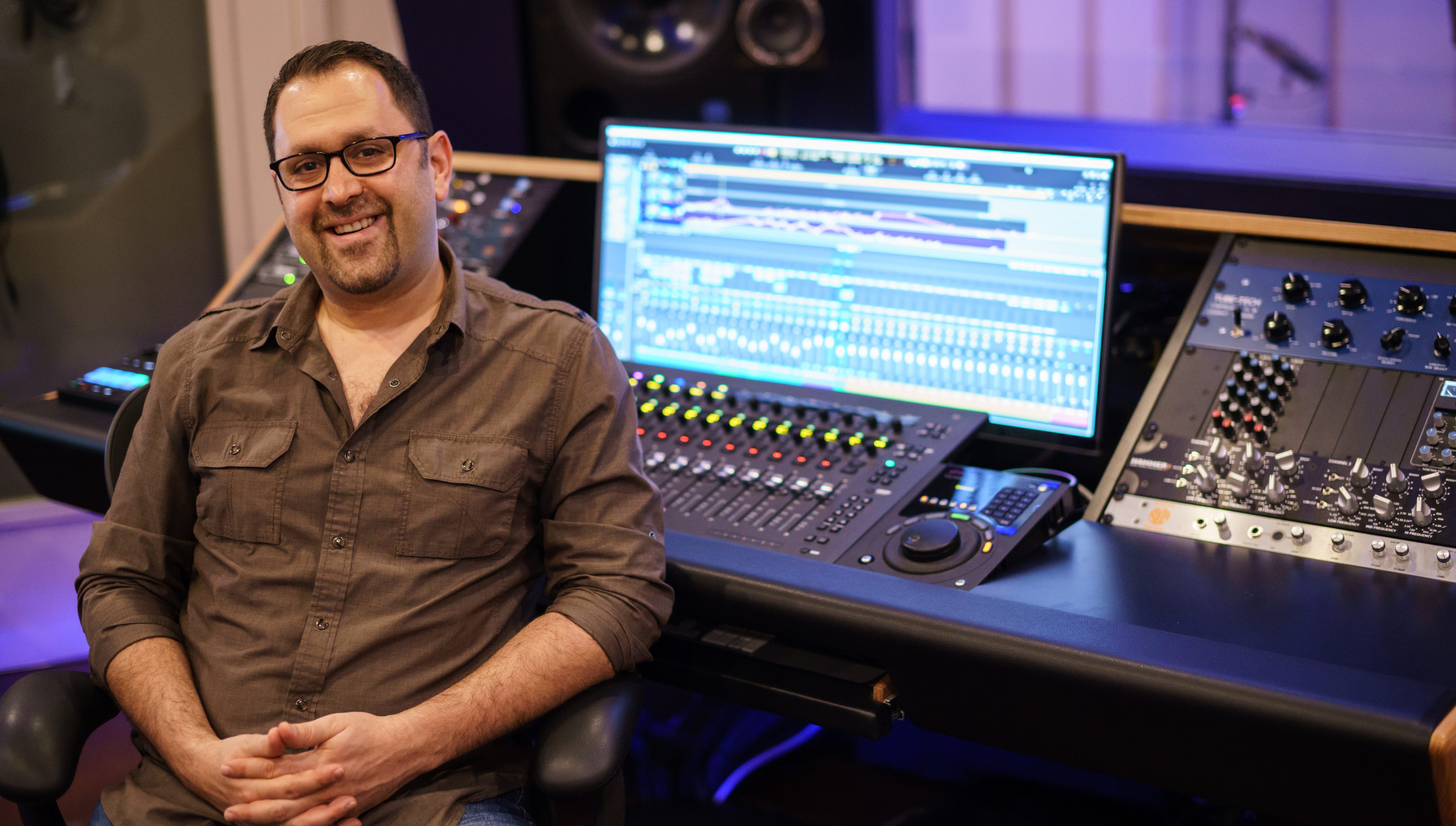 Peering down at the address I’d previously triple checked online, I glanced up skeptically at the home that stood in front of me. Only slightly confused, I knocked and hoped for the best. The door flew open and Dave Mallen welcomed me with a firm handshake and a warm “welcome!”

Mallen is the visionary behind Innovation Station Music Studio, a world-class recording studio tucked away in suburban Annandale, just miles from the hustle and bustle of the city. Mallen wears many hats: owner, producer, engineer, father/husband, multi-instrumentalist, and above all, a supporter of DC-area music. From the outside of his home, you’d never expect that down just a couple sets of stairs lay a stunning, state-of-the-art facility with two soundproof recording studios, top-notch audio gear, and a myriad of tools in place designed to make artists feel at home and sound their best.

If you’re looking for a studio where the manager presses record, sits back, and mechanically churns out records, then read no further — Innovation Station Music is not for you.

Mallen puts one hundred percent of himself into the recording process, serving as lead producer, engineer, composer, business coach, and often as a therapist of sorts. Explaining the level of “detail oriented-ness” he puts into his process, Mallen said, “everything has its place, everything needs to sound exactly right.” Musicians don’t hire Mallen to be passive or careless, but rather to dig into their sounds and process, to offer wisdom and a bit of himself.

“I want to give my best to DC’s best and then launch those artists into the stratosphere, and put DC on the map even more than it is." — Dave Mallen

With a background in business, Mallen handles every client with a professionalism that every business owner should strive for. He places an emphasis on comfort and creating a “safe space” wherein clients are encouraged to talk about anything on their minds.

Not surprisingly, long-term friendships are often formed and a seed is planted that really allows creativity to flourish. By digging in deep, artists are challenged to channel the emotions that inspired their music in the first place.

Mallen explained, “I serve a role — intermediary or objective — sort of an overseer of things. With solo artists, I collaborate with them to develop a vision for each song, and I often lay down parts on a variety of instruments to build the track together with them.”

His approach for bands differs in that his greatest value is objectivity: “Sometimes band members don't want to offend the other members of the band, but I can be the guy who says, ‘this part isn't quite locking with this part, let's try something else and see if that might sound a little better’. Having that objectivity is really helpful in keeping everyone moving forward and cohesive.” The amount of detail that goes into Mallen’s planning and recording process is immense, but the attention to detail began long before the renovated studio was completed.

Embracing the mastery of Wes Lachot, Innovation Station Music has all the capabilities (and more) of any world-renowned studio, but is also combined with the comforts of home. Lachot, Mallen, a team of acousticians, and wiring experts planned and designed for over a year, anticipating every detail. From the Philips Hue lighting system that helps Mallen set the mood for his clients, to the abundance of visual communication, and artist-customizable headphone mixes, all the features of the studio are intentional and planned to a tee.

The studio’s work with area musicians have garnered numerous awards, and these achievements adorned the walls leading into the studio. However, what really drew my attention was the immediate silence that overwhelmed me when I entered Studio A, making it feel as though I’d stepped into a pair of noise-cancelling headphones. Mallen explained: “We needed each of the 5 rooms to be soundproof — which they are — but that’s almost the easy part. We had to get the dimensions and acoustics just right so that the rooms also sounded really good. What we got was a very warm-sounding, controlled space that lets us do just about anything.” For those trying to make it in music, Mallen’s biggest piece of advice is to be disciplined — another aspect the studio can help with. Offering a “Music Business Strategy” service, the studio can provide detailed, custom plans that often provide career roadmaps for artists in the DMV and beyond. Mallen said, “If you don’t have a plan, you’re just going to be floundering.”

This summer, Innovation Station Music won the Wammie Award for “Best Music Studio” in the DC area. Celebrating DMV artists and musicians for the past 32 years, being nominated for (let alone winning) a Wammie is no small feat, especially for a studio that grew organically out of a bedroom nearly 20 years ago. However, Mallen is no stranger to the prestigious award — in 2013, he was rightfully nominated for “Most Supportive of Washington, DC Music.”

Mallen’s love and devotion to the thriving DC music scene is obvious to anyone who crosses paths with him. His top priority with Innovation Station Music is to make “amazing, fresh-sounding music”, and help put DMV artists on the map. “I want to give my best to DC’s best and then launch those artists into the stratosphere, and put DC on the map even more than it is,” Mallen said, eyes twinkling, voice unwavering. “That's what drives everything that I do.”

So, for those local musicians looking for a place to record, take advantage of Innovation Station Music. It’s right in your backyard.

To find out more about Innovation Station please see the following web resources:

More Made In The DMV