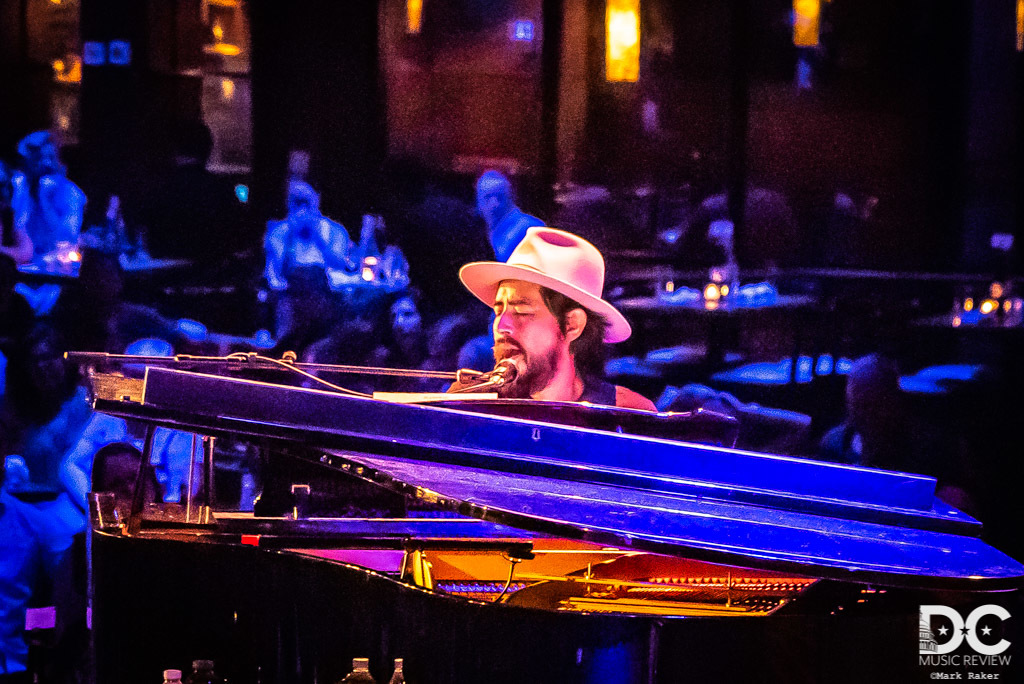 Playing with Greene was Nathan Dale. Dale has played with Jackie Greene for years including two appearances on Late Night with Conan O’Brien. They opened the City Winery show  with “ I Don’t Live In A Dream” next was “I’m So Gone”. Greene invited the audience to “not be so proper” and a number of people took him up on the offer, dancing, singing and calling out song requests. Greene played “New Speedway Boogie” and even more people started to sing along causing him to comment jokingly  that there are more deadheads here than I thought. The multi instrumental Greene played the harmonica on what he called an old song “ Honey, I’ve Been Thinking About You”.

Greene who played a nice mix of songs said, “It’s tough to play 20 years of songs in one night.” Some in the audience called for him to try. Greene commented on the dancers in the crowd and reminded the men that ladies like to dance. Some of the men took the advice from “Dr. Jackie” and got up to dance, even as he joked not to take medical advice from musicians.

Greene interacted often with the audience during the evening, and he talked about Facebook and how he doesn’t really use it. He also assured the fans that he didn’t really leave a suitcase of money on a train, as was posted by an imposter trying to make a few bucks. He joked that everyone should know it wasn’t him by asking “When have I ever carried a briefcase?” Showing his instrumental versatility Greene got out his banjo for “Tupelo” and then played Bob Dylan’s “Don’t Think Twice.” Greene went to the piano and played a few songs including”Silver Lining” which he told us was more like the original version. We learned that it was written originally for the piano before making its way to the guitar. Towards the end of the set Greene went back to the guitar for “Animal” before he finished the set with “Ball and Chain”. Greene thanked everyone for coming and for supporting live music “so we can pay our rent”.

The encore was “I’ll Let You In” which he described as a quiet ballad and  old song that we never do.

Greene made it clear that he loves the DC area except for the traffic which he commented on several times. A few locals joked at least it isn’t raining or snowing. Elise Davis who opened, played some of the songs for the first time in concert. They will be on the new album she is making. Davis opened with “She’s Looking for Someone You Can Believe In.” She played a song about climate change, which scares her, but she didn’t want it to sound preachy so she wrote it as a song to love the earth. She closed with “Married Young” a song off Cactus her last album.