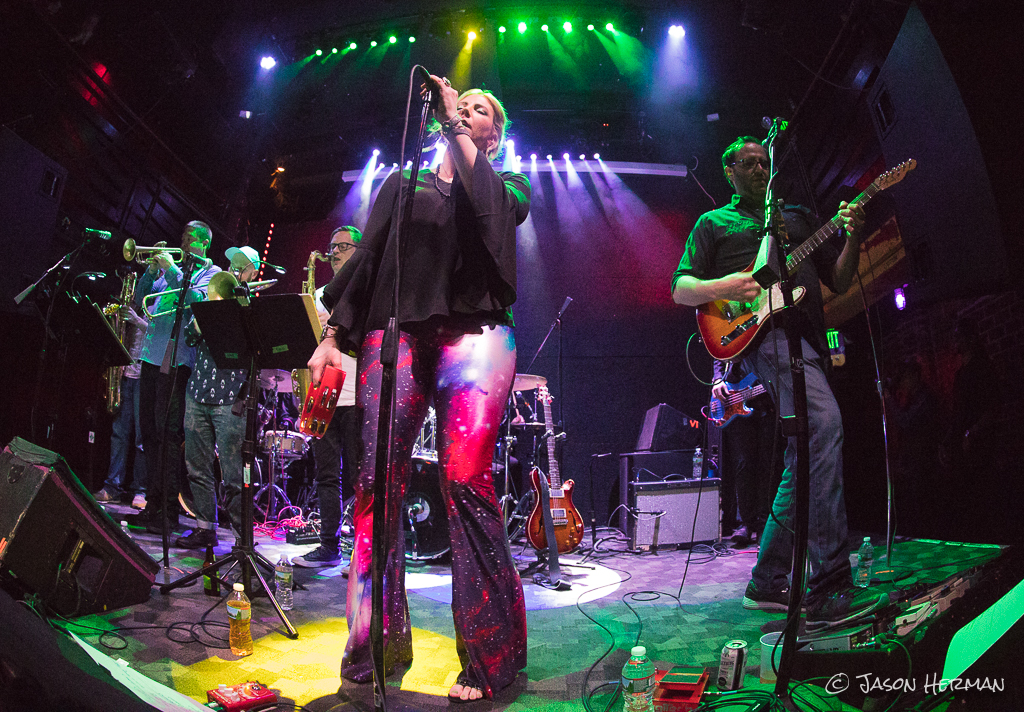 Very rarely have I seen a dance floor or concert venue shake as much as I did when the Chase Brothers brought the James Brown Dance Party to the 8x10 Club in Baltimore, MD.

In fact, the last time I recall an audience shaking a music venue to it's core was The Rolling Stones, Steel Wheel Tour, 1989 at Shea Stadium where the stadium swayed to the music.  Fast forward twenty some years, and the James Brown Dance Party brought their all star lineup to play tge godfather of Soul's greatest hits to the 8x10 Club in Baltimore, MD.

The James Brown Dance Party made the floorboards of the 8x10 Club in Baltimore shake up and down by several inches as the audience could not help but dance to the explosive music produced by the band. Hit after hit created a literal dance frenzy of energy and sincere enthusiasm by audience members both young and old.

Elise Testone, a vocal powerhouse, who has a dazzling array of  vocal range propelled her to be an American Idol finalist. Tonight she propelled the audience to new funky heights, delivering a very impressive performance which left the frenzied crowd wanting more.  Accompanying Adam Chase on drums was no other than Robert "Mousey" Thompson who manned the drums behind James Brown from 1993-2006.

While there was no known recording of tonights performance, you should listen to the performance the night before at the Brooklyn Bowl.

For more information about the James Brown Dance party, and their upcoming tours,  please go to the band's website at http://www.jamesbrowndanceparty.com .