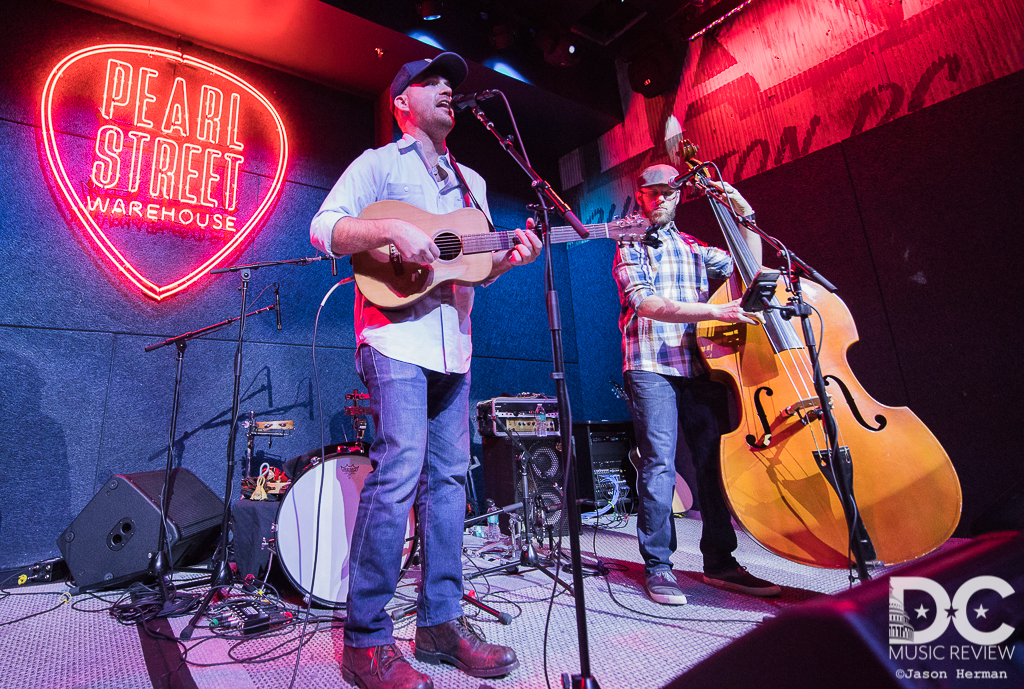 On January 26, Pearl Street Warehouse was filled to capacity with friends and fans eager to hear Justin Trawick and the Common Good perform songs both old and new in honor of the release of their debut “The Riverwash EP.” The band took the stage after two stellar openers — The Junior Bryce Band and Josh RD and Laura Love — with frontman Justin Trawick welcoming the crowd to the 8th anniversary of his 29th birthday. Trawick beamed at the audience as he expressed his gratitude and awe at the turnout. He explained that when the band first announced their show, 200 tickets were released to the public. When those sold out, the venue released more. And when those sold out a second time, Pearl Street Warehouse decided to clear out additional seating to make room for 50 more fans. Trawick explained that never before had he sold out a show three times over, let alone before the day of the event itself. He modestly added that the show’s success wasn’t because of him or the band but due to, “a lot to great friends.” He expressed his deep appreciation for everyone in attendance.

The band played their debut “The Riverwash EP” in its entirety, with other original songs and covers cushioning both ends. As the EP indicated, Trawick’s tunes are catchy, danceable, and memorable, with fans singing and dancing along. The band was having just as good a time as the audience, playfully exchanging banter with one another as they performed, constant smiles on their faces.

If the sold out venue, the exuberant audience, and the talented musicians are anything to go by, then last weekend’s success is indicative of a bright future for Justin Trawick and the Common Good.

You may also want to read our album review of Justin Trawick and The Common Good's new album, The Riverwash.

8. All the Places that I've Been