Leftover Salmon Plays One of Their Finest Shows at The State Theatre in Falls Church, VA 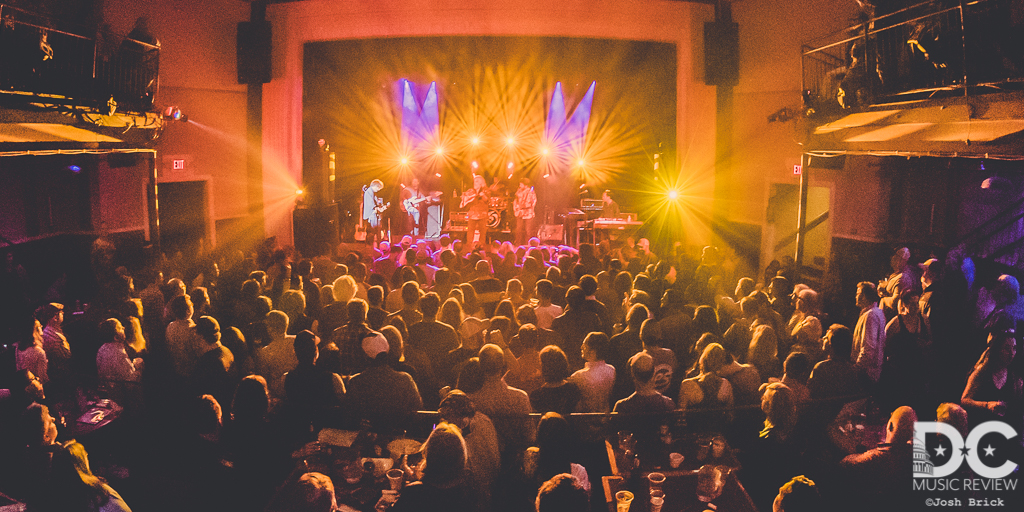 The State Theatre in Falls Church was rocking Friday night thanks to the six-man jam band from Colorado, Leftover Salmon  Taking the stage after opener Two Ton Twig warmed up the crowd, the packed house never stopped moving.  Incredible energy, great music and an audience that welcomed the band to 'The Littlest City' with open arms made for one of the most energetic and lively crowds that I've seen at State in quite a while.

​Playing extended versions of some of their hits and even offering a second set, something that the venue doesn't often see, ticket holders got exactly what they wanted and needed to close out a challenging week of current events news.  The energy that the band was able to provide through the entire two plus hours, proved why they were able to draw such a great crowd and continue to be a band that is not to be missed at many a festival. Vince Herman led the band in a great display, including his ability to play the washboard and keep your feet moving all night long. Showing the small city of Falls Church more love by giving a shoutout to a very well known local neighborhood, Pimmit Hills, as well as a call out during 'Spanish Moon,' Herman made the audience shout his praises and earned many a loyal fan Friday night. The energy was high, the mood was right and the music was magical as the band reminded us that the sound and lights at the venue continue to provide a great show in a small, intimate setting.

Leftover Salmon even allowed DC Music Review to take over their Facebook feed to stream some of the show live, so if you happen to miss out on this amazing​ night of music, check their page​ and the audio recording below.  The rest of their tour continues onward, find dates and tickets here.​

Click here to see the setlist for Leftover Salmon's performance at The State Theatre on September 28, 2018

1. Going to Find My Baby
2. Out in the Woods
3. Jokester
4. Funky Mountain Fogdown
5. Whispering Waters
6. Show Me Something Higher
7. Evermore
8. Astral Traveller (in honor of Col. Bruce Hampton)
9. Unplug That Telephone

2. Let in a Little Light