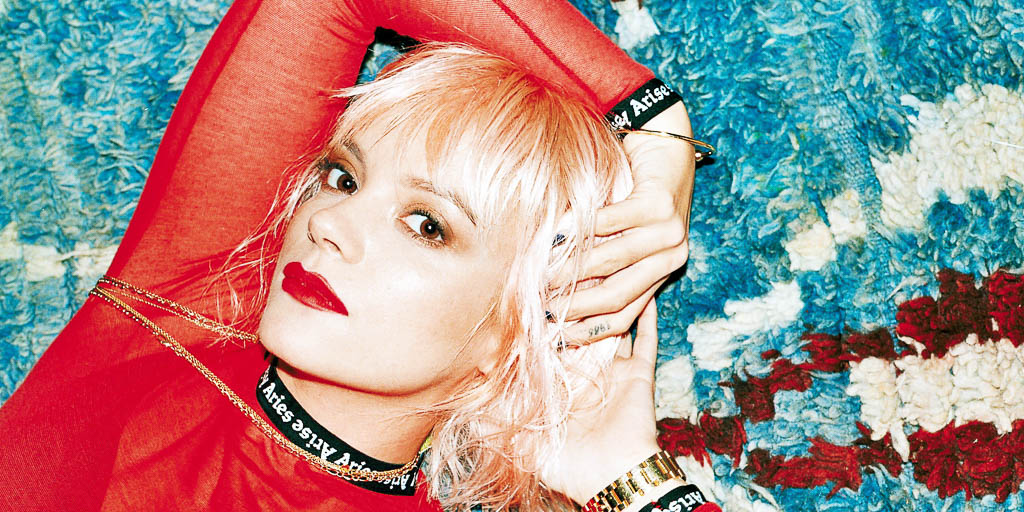 "After hearing [Lily Allen] wield her sharp tongue for so long, it's nice to hear her lead with her heart."

English artist Lily Allen is returning to the District for the first time in four years this Sunday, October 21 in support of her new album, No Shame.

Well known for her quippy lyrics, Allen initially made her splash onto the pop scene a little over 12 years ago with her bouncy single, "Smile".  The song spoke to the perhaps twisted pleasure Allen felt seeing her former partner suffer after having hurt her so deeply.

But Allen's latest release marks a sharp turn in both tone and approach. Breaking down the wall put up through her cheeky lyrics, Allen softens her bites and instead frankly addresses her struggles with divorce, motherhood, and partying too hard.

This newly found vulnerability for Allen has been met with much critical acclaim, garnering positive reviews from major publications such as Time, NME, V Magazine, Rolling Stone, and Variety just to name a few.

Allen will be debuting her new work at The Fillmore in Silver Spring, Maryland this upcoming Sunday. Grab your tickets below to witness the next phase of Allen's sonic evolution.