Marco Benevento with the Jon Wood Band at The 8×10 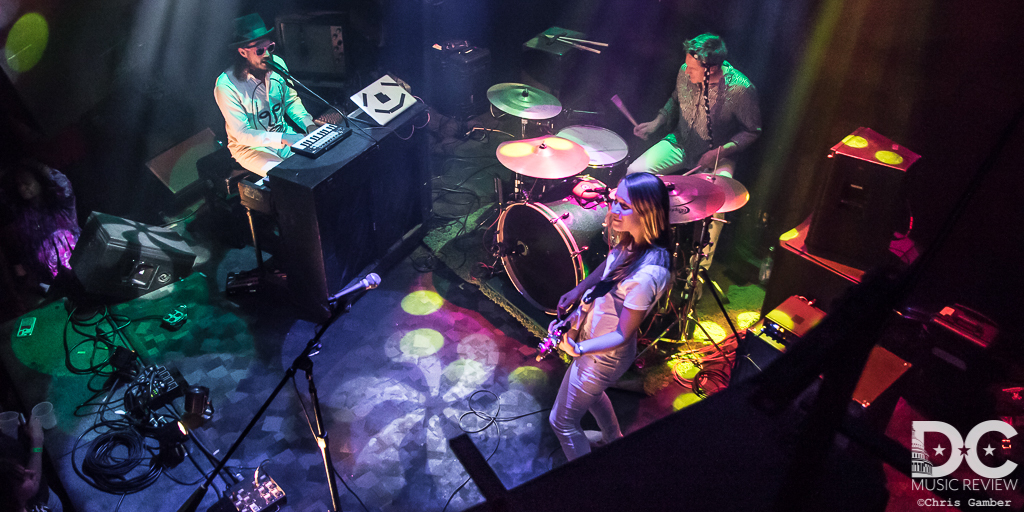 This past Thursday night, June 14th,  in Baltimore, Marco Benevento brought his eclectic array of sounds to The 8x10 to play a colorful set of tunes with a splash of showmanship. Baltimore’s Jon Wood Band would warm up the crowd for this show. The Jon Wood Band features members of Baltimore based bands The Psycho Killers, Electric Love Machine, and Squaring the Circle. During their close to 90-minute opening set, they would play a solid a mix of originals and covers, including Ween’s “Roses are Free” and David Bowie's “Heroes.” There was no shortage of musical talent on stage to get the crowd loosened up for Marco, and they would showcase their skills, stretching out the material with extended jams highlighted by Jon Wood’s blistering guitar solos. After a short break Marco, wearing his signature top hat and sunglasses, would arrive on stage with his trio featuring himself, bassist Karina Rykman, and drummer Andy Borger. His set would begin with the entire “Story of Fred Short,” which is a seven-song suite that comprises the second side of his 2016 LP of the same name. Featuring songs like “Live a Certain Life” and “Walking with Tyrone,” the suite covers a wide range of styles that are hard to put a label on, he is a master of riding that fine line between familiarity and the avant-garde, all while showcasing his amazing musicianship on the piano and keys. The last two songs in the suite “Can’t See the Light,” and “Follow the Arrow” are my two personal favorites in the Fred Short Suite, and the crowd seemed to enjoy hearing them just as much as I did, as those are two very danceable, infectious tunes. After completing the seven-song suite, Marco and the band would move on to material from his other albums with songs such as “The Real Morning Party” from his newly re-released first solo album, Invisible Baby. After moving through songs such as “Fireworks” from his 2012 release Tiger Face, and “Greenpoint” from his album Between the Needles and Nightfall, the crowd would be treated to a rousing cover of the Butthole Surfer’s “Pepper,” with bassist Karina Rykman taking the rapping duties, and the crowd would enthusiastically sing along to the instantly recognizable chorus of the 90’s smash hit. Closing the show would be two of Marco’s most recognizable songs, “Limbs of a Pine,” which is also on the Tiger Face album and an encore of “At the Show” which is the first song on his album Swift. “At the Show” has a built-in call and response hook that would get the crowd participating with Marco’s encouragement, as he stepped on top of his piano to engage the crowd.

Another quality night at the 8x10 in the books, if you have a chance to catch Marco when he’s in your town I would highly recommend it.

Next up for Marco’s solo band is the Green River Festival in Greenfield, MA. on July 14th.

Click here to see the setlist for Marco Benevento's performance at The 8x10 on June 14, 2018