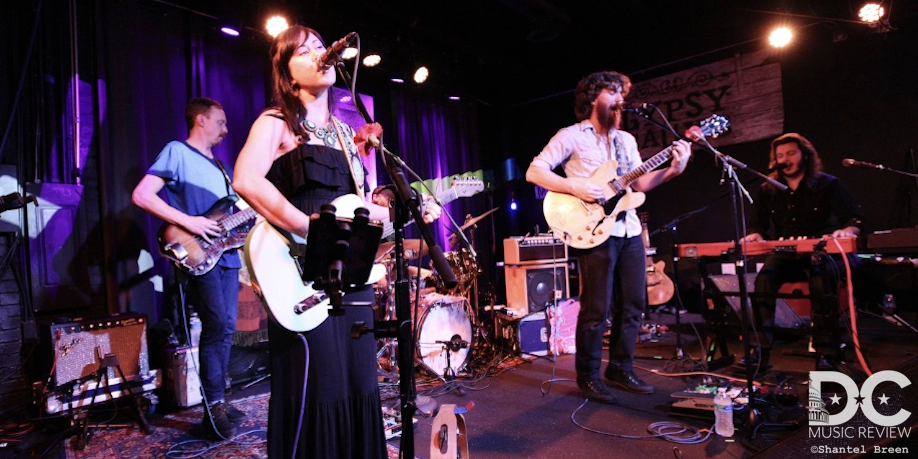 Midnight North embarked on a bi-coastal tour this fall. The band performed two mini-tours along the East and West Coasts and they ended their two-month run at Gypsy Sally’s in D.C. this past Saturday evening. This San Francisco based band never fails to deliver. Midnight North is led by guitarists and vocalists (Grahame Lesh—son of Grateful Dead bassist Phil Lesh) and Elliott Peck. The band also includes bassist/mandolinist Connor O’Sullivan and Alex Jordan on keyboards, guitars, and vocals. The band performed for nearly 2 hours jamming out to a 15-song set list.  The venue was packed and the audience danced the night away to every song. Midnight North released their third studio album , Under the Lights, last June.  Six songs off of this album were included in their set at Gypsy Sally's.  Highlights of the newer songs were, "Playing a Poor Hand Well", "Little Black Dog", and "Roamin'".  Peck's vocals coinciding with Lesh's amazing guitar solos mesmerized the audience and captivated their attention.   Elliott also just released her first solo album this fall, Further From the Storm. They played "Good For You I Guess", and "Highway Song", from her album. Midnight North will play a New Year's Weekend set of shows in Nashville, Asheville and Charleston.  They will ring in the New Year with their fans in Raleigh, NC then head back to the West Coast for a few more shows in January.

Enjoy photos by our photographers Mark Raker of Mark Raker Photography and Shantel Breen of These Subtle Sounds.