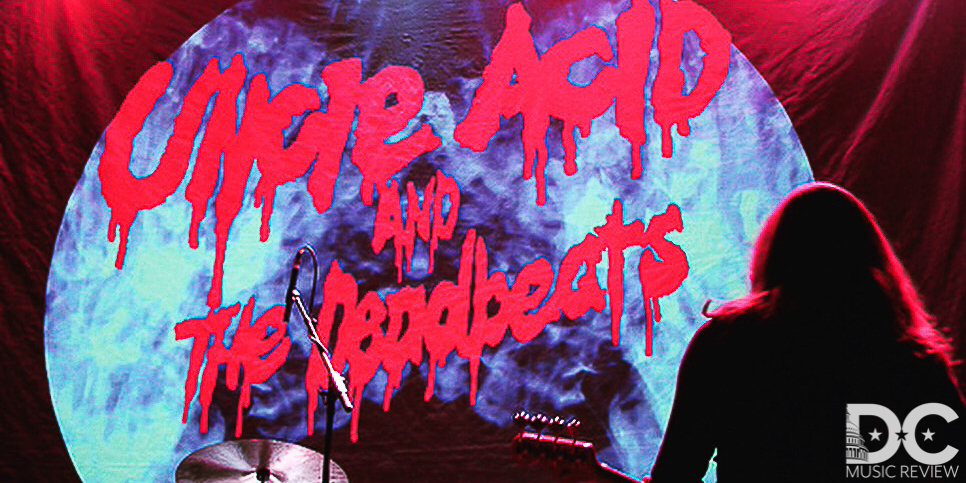 There was nothing at all peaceful about the Graveyard and Uncle Acid and the Deadbeats “Peace Across the Wasteland” tour at Rams Head Live last Thursday, March 7.

And that is exactly how it should have been. After an ample dose of the “satanic feminism” of Twin Temple, Uncle Acid and the Deadbeats hit the stage to take the audience on a trip to the darker reaches of psychedelia. The setlist consisted of cuts from all five of the fuzz-laden albums by  the Cambridge, England four-piece (Kevin Starrs on lead vocals and lead guitar, Vaughn Strokes on rhythm guitar and backing vocals, Justin Smith on bass, and Jon Rice on drums), including their most recent release in October 2018, “Wasteland.”

The heavy riffage of the band was accompanied by a back drop of imagery projected on a large screen that was reminiscent of a post-apocalyptic wasteland set in the late 1960s.  Think biker gangs roaming the desolate roads of Southern California, occult rituals carried out by scantily clad women awash in a twisted sense of flower power, nuclear missile launches and the resulting mushroom clouds, and ultimately, an appearance by the man who truly represented the perverse outcome of hippie optimism gone awry, Charles Manson. This and other B-movie horror imagery played in the background, creating a campy and uneasy, but ultimately fun and appropriate live setting.  These projections belied the relatively stoic and almost reticent demeanors of some of the band members, who were at times accompanied by a fifth member on keys.  Smith grooved along with his basslines and provided most of the stage presence, while Starrs (Uncle Acid, himself) remained hunched over his microphone for the duration of the set, rarely moving from his position.  Despite this, the energy was high, the volume was loud, and the band left the stage to the sound of uproarious applause. It is fair to say that Uncle Acid & the Deadbeats are a tough act to follow, but Graveyard had every intention of doing just that.  Hailing from Gothenburg, Sweden, the four members of the band (Joakim Nilsson & Jonatan Larocca-Ramm sharing guitar and vocal duties, Truis Mörckhit on bass and vocals, and Oskar Bergenheim on drums) took to the stage and offered their own interpretation of hard rock laced with neo-psychedelia, in what ultimately turned out to be a comparatively laid back set that included cuts from all but their debut album.

The band is back together after a five-month long break up in late 2016 and early 2017 for what was, according to the band, “all so classic reasons.”  Now they are touring on the back of their newest album, “Peace,” released in March 2019.  After their set Thursday, we can only hope that they are here to stay this time.