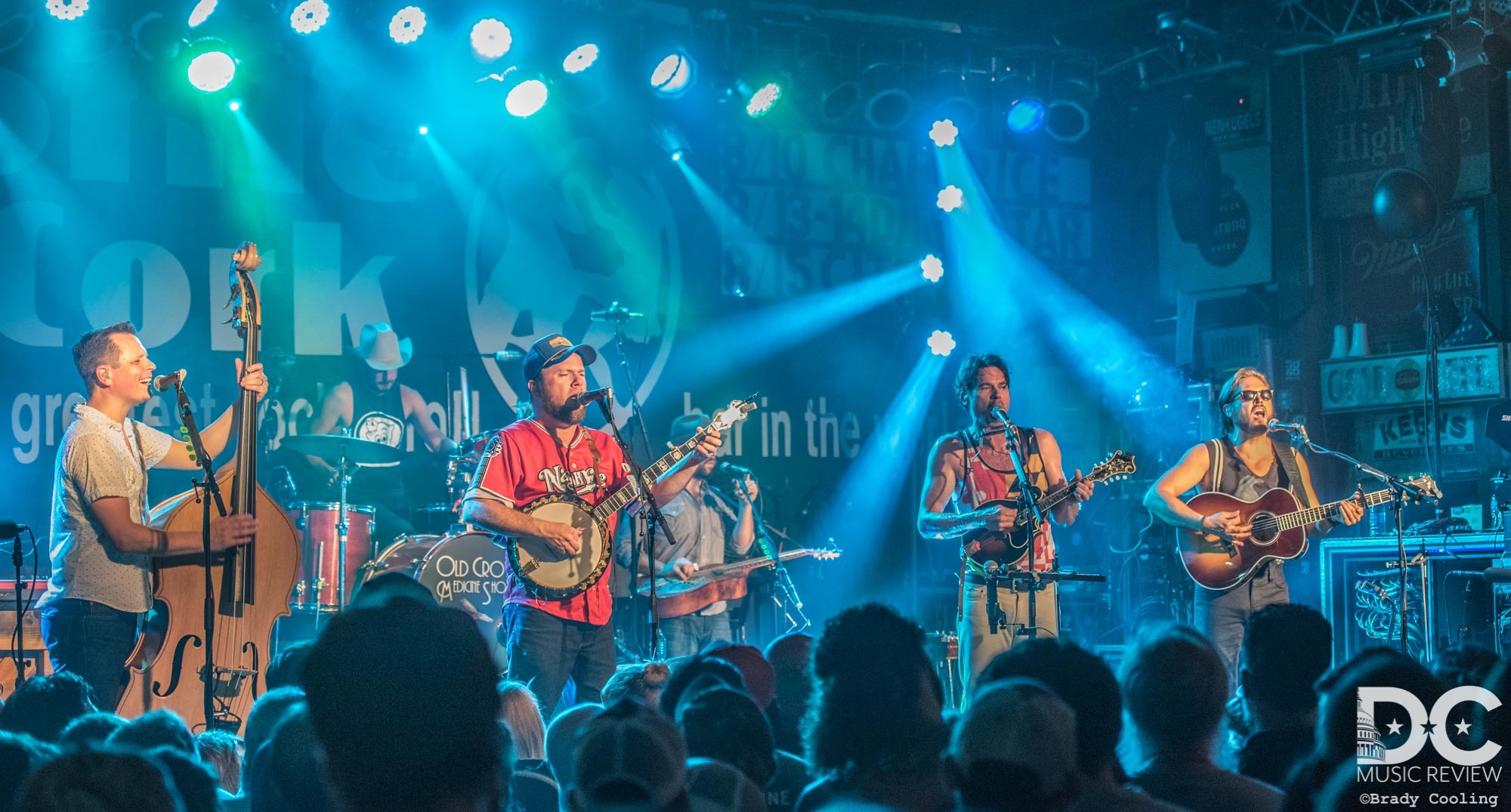 Dewey Beach, Delaware is known as a beach party town for decades, and Old Crow Medicine Show coming to town on a beautiful Friday night, July 27th, was no different! This band has been at the forefront of the merging bluegrass, Country, and Americana genres for many years now playing festivals all over the country, winning Grammy’s [Editor Note: "Best Folk Album" for Remedy (2014) and "Best Long Form Music Video" for Big Easy Express (2013)], becoming Grand Ole Opry members, and so many other accolades. Despite all their success, they have still stuck to being such a fun band to see and having such great songs, lyrics, and musicianship onstage. Ketch Secor wearing his Maryland Tank Top with "Delewhere" on it.

Old Crow Medicine Show continue to produce masterful albums year after year with their latest Volunteer, released in April 2018,  being just as great as every album that preceded it. The band is able to switch off each song and even switch instruments and turns on vocals is such a highlight and showcases their range and skill as a band. Much like the old school Hatfield’s and McCoy’s rivalry, one has developed from the beaches of Maryland and Delaware; lead singer and fiddle and harmonica extraordinaire Ketch Secor revitalized this rivalry with a Maryland tank top with the words,“Delawhere” on it. Something that the band plays so well into their shows: using local folklore, places, names and everything within their performances. It is not often these guys play by the ocean and beaches, which is a wonderful thing for them and so many loyal fans who flocked to the sold out show to party.

From their shows turning friends into strangers, sing-a-longs, and everything in between Old Crow has continued to be one of the best of the best. It is a truly spectacular time when the sounds of Appalachia and music of the past wash ashore on the Atlantic Ocean in a small, but energetic, beach town in Delaware. Two worlds that are mostly isolated, but for this Friday night became one. Old Crow Medicine Show has a way of taking whatever place they are at and making it feel like it is home.