On Our Radar: Guardin

Concert Reviews
On Our Radar
By Ana Medvedeva / December 8, 2018 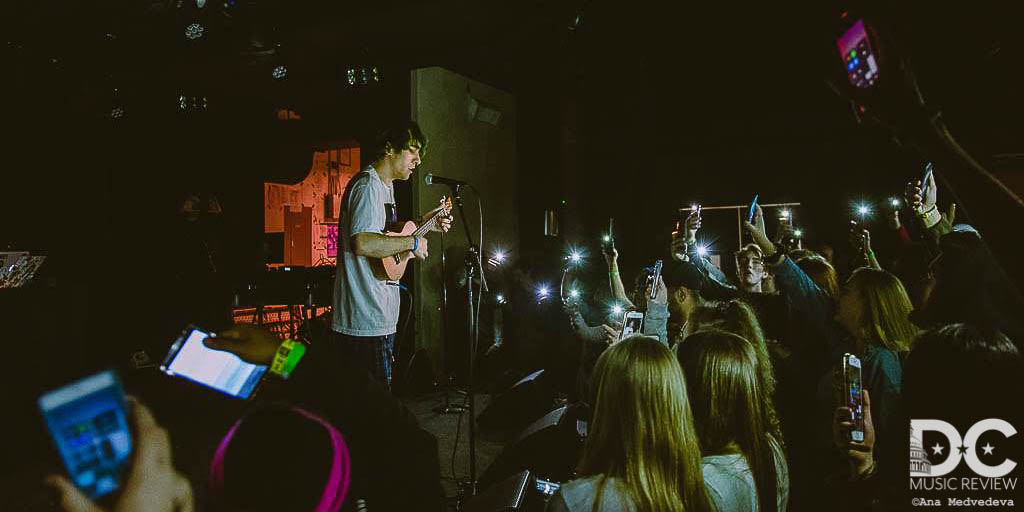 Witnessing an artist begin to flourish is perhaps one of the most heart warming aspects of music journalism; Guardin’s performance at Union Stage on November 27 was a prime example of this scenario.

The New York based artist, who goes by Nicholas Kerr in his day to day life, is still in the bright eyed and bear with me...shook stage of his career (...I swear I’m in my early 20’s).

Running out on stage in excitement, the green haired Kerr nervously giggled in between songs, shyly peering at the crowd as he spoke. But the artist, who built up his following through independent releases, came out of his shell as the set progressed, allowing the audience to sneak a peek into the showmanship that he so clearly possesses. The highlight of the night most certainly came as the lights dimmed and Kerr grabbed his ukulele. Calling for the audience to turn on their phone flashlights, the he began crooning “okay”, a song released only a month ago that poignantly touches on themes of heartbreak and depression.

Unapologetically addressing topics that are highly stigmatized within our society, such as mental health and introversion is the crux of what makes Guardin’s music so unique and captivating.

DC Music Review is excited to see Kerr continue to prosper as he embarks on a nationwide tour with Gnash—one that luckily involves a stop at U Street Music Hall in January!

Missed Guardin's show at Union Stage? Don't fret, the artist will be returning to Washington, D.C. in January, accompanying Gnash on his North American tour.