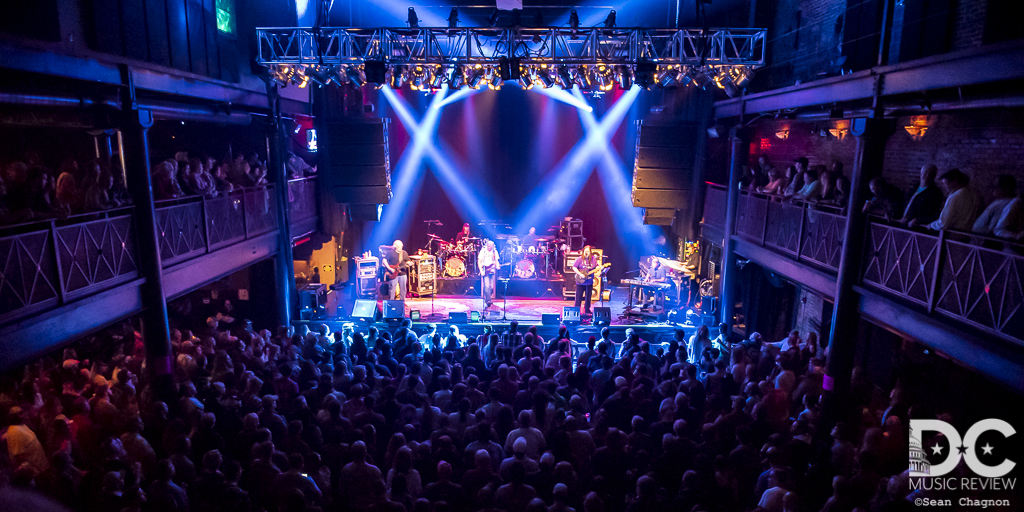 Nostalgia is a big seller these days. People everywhere are attempting to get their hands on technology that has been long outdated or relive the good times from their past, whether that be finding an original Nintendo Entertainment System to play some Mario Brothers 3 or playing in an organized kickball league with a bunch of twenty and thirty-somethings. Unfortunately, the sports leagues have a tendency for the participants to show their older age in the form of injuries, but at least they come with the option to booze this time around. The music community is no different in their love of music past, and rightfully so, since so much good music has come out of previous decades. One of the most revered names is the Grateful Dead who essentially spearheaded the jam band movement. Between their songwriting and ability to musically improvise, they were destined for greatness from the beginning. There are many bands that pay homage to Jerry, Bobby, and the rest of the Dead with the occasional cover, but Dark Star Orchestra takes it to another level by recreating entire shows from the Dead’s catalog. There will always be those who will knock them for being just “a cover band”, but to the many fans of jam music who never had the opportunity to see the Jerry Garcia play live, DSO provides the next closest thing to an actual Dead show. DSO did not play a previous Dead show during their performance at the NorVa, but they did cherry pick one heck of a setlist which all attendees seemed very pleased with. The band kicked off the night with “Iko Iko”, an upbeat New Orleans song with a sing-a-long chorus that had the crowd participating right off the bat. The Bob Weir tune “Black Throated Wind” followed next with Rob Eaton crooning the lyrics in a voice so close to Bobby’s, one would never know the difference if their eyes were closed. A slower version of “Friend of the Devil” was followed by a funky rendition of Memphis Jug Band’s “On the Road Again.”  Other highlights of the first set were a haunting “Ramble on Rose”, an uplifting “Liberty”, and The Valentinos’ “It’s All Over Now”, which was also served as the Rolling Stones first number one hit in July 1964. DSO wrapped up the first set with the upbeat “Keep Your Day Job” which was sage advice for those whose night time gigs aren’t covering the bills yet, including yours truly. The band didn’t hesitate to grab everyone’s attention with set two’s opening “Help on the Way > Slipknot! > Franklin’s Tower.” Once the crowd heard those familiar opening chords, the whole venue lit up with joy and let out a huge collective cheer. It’s not easy to follow up these three with a tune that will keep the crowd dancing like they were, but a rocking “Corrina” did just that, with Lisa Mackey’s chorus harmonies shining strong. The pace was slowed down for the next few songs with the band’s namesake “Dark Star” being jammed into a “Drums/Space.” DSO brought the crowd back to reality with The Beatles “Hey Jude”, a beautiful “I’ll take a Melody”, and capped off set two with the fan favorite “Going Down the Road Feeling Bad.” Somehow after all that, DSO still managed to squeeze in an encore, and what an encore it was. Lisa Mackey belted out an absolutely powerful rendition of Jefferson Airplane’s “White Rabbit” which brought the night to a fitting end. Dark Star Orchestra may not be the Dead, but they keep the Dead spirit alive and well. They will be performing a New Years run in the Northeast and already have a slew of tour dates lined up for 2019 including a night at the famous Red Rocks Amphitheatre in Colorado.

3. Friend of the Devil

4. On the Road Again

10. Going Down the Road feeling Bad