On Our Radar – The Rising Indie Scene 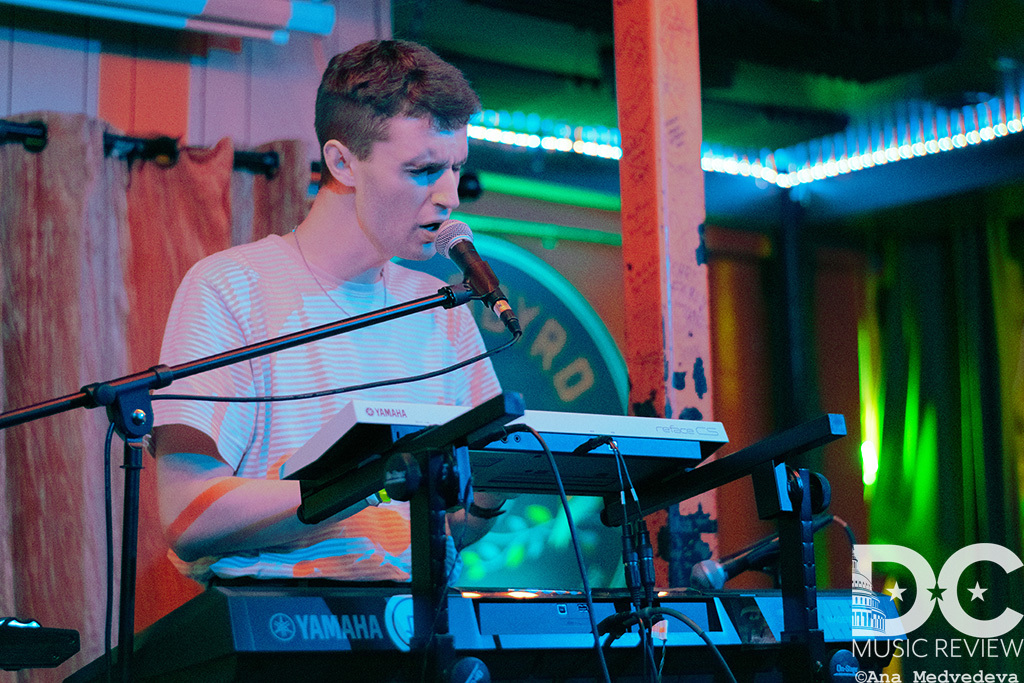 The DC music scene is filled to the brim with talented up and coming performers. In an effort to bring attention to the standouts of the DMV, before they make it big, DC Music Review is launching a segment called "On Our Radar". This month, our radar is tuned to the three acts that are making a splash on the local indie scene: Weston Smith, Terrakann, and Lake Anna. Blending dreamy synths with brooding vocals, Weston Smith's latest album release, Deep Slumber, will remind you of a morning where you wake up 30 minutes before your alarm, enveloped in the warmth of your blankets.

Smith's live set is a journey through those precious minutes, where you stumble in and out of consciousness, unsure of what is real and what is a dream.

Smith, who plays and records every instrument on Deep Slumber himself, whips out a saxophone solo at the end of his performance. Perhaps a metaphor for an alarm clock, Smith is ready for the room to wake up and put him on their music radar.

Check out  "Dawn (Pink Interlude)" to see why Smith's bedroom pop is captivating crowds around the DMV.

AM: This is a very stereotypical question, but where do you get your inspiration from?

Weston Smith (WS): I draw a lot of my inspiration from being out in nature. Whenever I'm outside, I like to stare at certain objects in the elements and kind of study them for a little.

AM: If you wanted someone to picture one thing when thinking of your music, what would it be?

WS: I want to take the listener on a journey through my dreamscape. I want them to sort of feel how I feel when I perform live through the lyrics and the synths.

AM: What's your favorite thing about D.C.?

WS: Definitely going to and playing shows! I've been able to meet so many new people and connect with them. It's really uplifting and an overall pleasure to perform! While the band is still in their infancy, their charm and smiles have audiences in the palm of their hand.

With a unique juxtaposition of striking yet smooth synthesizers, guitar solos harkening back to the heydays of classic rock, and punchy drums, the trio is inspiring crowds to simultaneously boogie down and head bang.

To top it all off, the group layers on Teather's vocals, which resemble those of Nathan Willet from the beloved indie rock band, Cold War Kids.

The group is currently taking a hiatus from playing live sets to record their first album, but be sure to keep tabs on Terrakann—the three are on their way to becoming the next indie darlings of the DMV.

​AM: How did you all meet and find each other?

Alex Lubeck (AL): Terrakann started as an offshoot of rap collective, Armchair The Band. We made live beats and eventually took the project in a new direction with just the three instrumentalists.

AM: Who are your major influences?

AM: What's your favorite aspect of DC, or the music scene more specifically?

AL: Terrakann is relatively new to the scene so we’re still learning of new things we love about it, but we really appreciate how inclusive and supportive it has been. We especially have appreciated working with bands like Weston Smith and Panini Girlfriend, and are excited to continue meeting all the talented and enthusiastic folks!

AM: If you could have someone think of one thing when listening to your music, what would it be? The quartet's live set leaves you imagining yourself in a jazz club, soaking in the music with an erroneously expensive whiskey on the rocks by your side.

The group recently released an EP, titled Beginning To End, which leans heavily  towards an acoustic indie sound.  Most notably, Beginning To End  highlights the smooth crooning of lead singer Longbottom. Check out "Confessions" for a calming, mellow tune, reminiscent of early Bright Eyes releases. For a higher tempo, jazz inspired number, look towards the single "Walk Away"...but don't listen to Longbottom's advice to take the high road and walk away. Lake Anna is slowly but surely catching the attention of the indie scene in the DMV, and will be playing a number of shows in the area this summer.

AM: What are your major influences?

John Longbottom (JL): Major musical influences for me have been Fiest, Kings of Convenience, The Strokes, Yuck, Dinosaur Jr., Sonny Stitt, and Grant Green. It's kind of a blend of singer songwriters, alternative music, and jazz. I majored in jazz studies in college, so that's definitely something I can't ignore.

AM: How did you guys meet?

JL: We all met at the music school at GMU (George Mason University). I met Jack and Patrick while we were all playing in the jazz combo classes, and Ben came along a year later.

AM: What made you decide to form a band together?

JL: I had been writing songs for about four years, but hadn't really done anything with them. I really wanted to, but I was very nervous about opening up to people in that way. After playing open mics, I asked them each to help me record two demos. After we finished, they each said they were interested in being involved and I guess here we are. Listen To  EP
About the author