On Our Radar: Vesper Wood 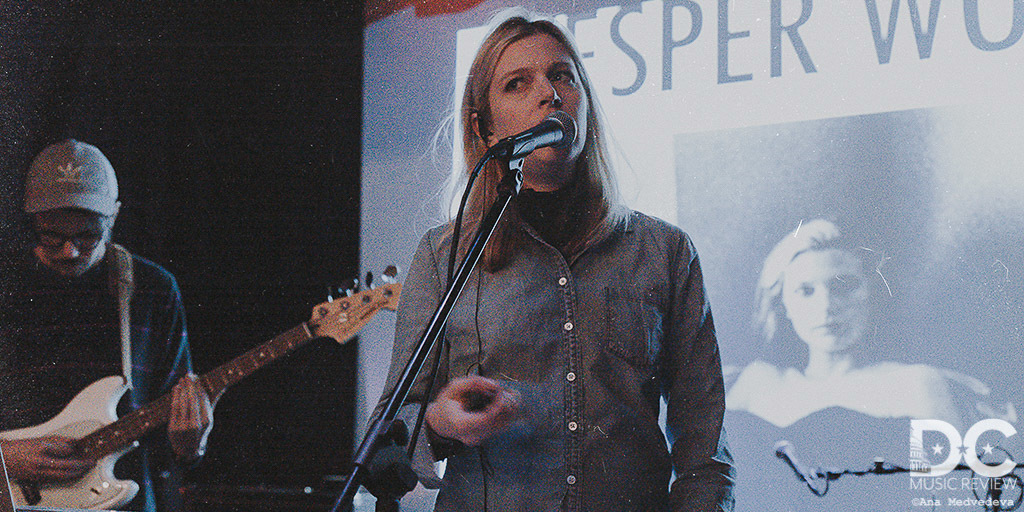 Vesper Wood is redefining the power of simplicity. Using just keys and strings to support the haunting voice of Christina Wood, Vesper Wood successfully captivated the crowd at The Pie Shop in Washington, D.C. on March 7.

In a refreshing change of pace, the artist stuck true to her vision of simplicity, turning off all stage lights and leaving witty banter for another time. Barely an iPhone in sight, the dark room was instead filled with an attentive audience focusing solely on the music.

Typically seen performing as one half of the UK electro-pop duo Kaleida, Wood is no stranger to success. With tracks featured in John Wick, Atomic Blonde, and CSI, it’s clear that her voice strikes a chord with the large masses; though sonically different, Vesper Wood is sure to be featured in an indie movie soundtrack.

Here at DC Music Review, we are excited to see where Wood takes her solo endeavors! In addition, we would like to congratulate Woods on her pregnancy and the release of her debut solo album.