The Motet Brings The Rocky Mountain High to Virginia 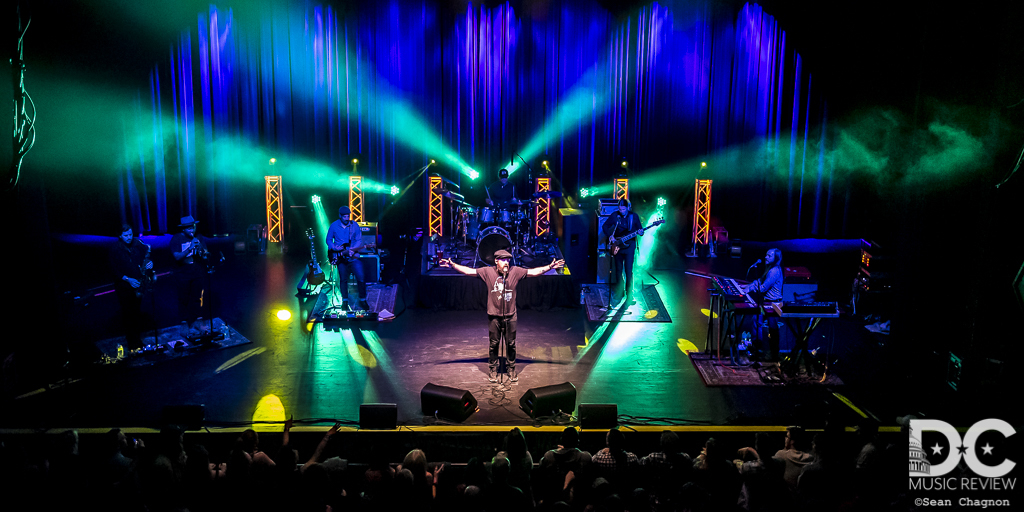 It was a chilly night, but with the firestorm of funk that The Motet and the NO BS! Brass Band brought to the stage in Richmond, Virginia’s historic theatre, The National, there wasn’t a cold soul in the room. The energy that both acts brought to the stage was enough to power the city for a week straight. They transformed the room into an all-night dance party with every person shaking what their mamas gave them. When 12 people walk out on stage, there’s got to be something good about to happen. Richmond locals, The NO BS! Brass Band lit the fuse and there was no going back. The band is comprised of five trombones, four trumpets, one sax, a tube to fill in the bass, and drums. Brass bangers like “3am Bounce” and “Git It Awn” got the crowd fired up immediately. The addition of Sam Reed’s silky smooth vocals was an absolute pleasure on their cover of Tears for Fears’ “Everybody Wants to Rule the World.” But NBBB, doesn’t just stop at having everyone get their groove on. Crowd participation is a must. “RVA All Day” had the entire crowd chanting the title along with A-ha’s “Take on Me.” This is a band that should march off the stage and right into your playlists! Colorado natives, The Motet, brought the crowd up to a Rocky Mountain high for the rest of the night. Their sound is a mix of 70’s soul, experimental jams, and a massive injection of funk that can lift a person’s spirits from the darkest depths. The band is hitting the road in support of their new album Death or Devotion, the latest and greatest in the band’s long line of phenomenal albums. The show was a solid mix of a handful of new tracks along with older favorites. Songs like “Damn!” feature front man Lyle Divinsky’s infectious energy: the smile never leaves his face and he never stops dancing for even a second. The band is chock full of talent though: Dave Watts and Garrett Sayers hold down the rhythm on drums and bass, Joey Porter keeps it weird on the keys, Ryan Jalbert melts faces with his guitar, Drew Sayers and Parris Fleming round out the sound on the sax and trumpet with their soaring solos. The band cranked out one jam after another like “So High,” “Supernova,” “Fool No more,” and “Death or Devotion.” The guys gave the crowd a short breather before coming back and dropping a two song bomb of and encore by playing the instrumental “Rynodub” and the sing-a-long “Get It Right.”

These are two bands that are great on records, but they are on a whole different level live. Do yourself a favor and catch a show by these powerhouse bands!